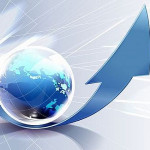 For the first time in history, the internet has surpassed TV in Croatia as the main source of information.

A survey conducted by the Ipsos agency for local daily 24sata found that 61 percent of Croatians consider the internet their main source of information, while TV was named first by only 29 percent.