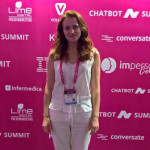 Intetics participated in the fifth edition of Chatbot Summit.

Chatbot Summit is one of the biggest and one of the most prominent chatbot conferences. Twice a year Yoav Barel, the CEO and Founder of the event, gathers thousands of professionals to discuss the presence of chatbot technologies, build a strong network of entrepreneurs and together draft the future of the chatbot technology.

The Chatbot Summit run only for two days. However, the event had multiple event threads simultaneously. The first day of the event mainly devoted to different workshops conducted by the speakers from Lloyds, Vodafone, Daimler, Microsoft, BBC, UBS and other well-known companies. The workshop format let the participants actively take part in the discussion and gain relevant experience from the industry leaders. 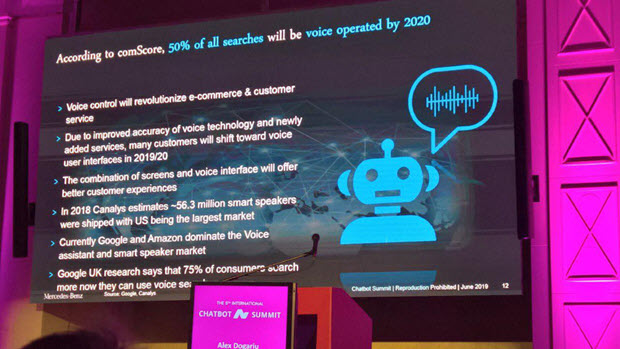 The best of the fifth Chatbot Summit:

The meetups, workshops and exhibitions organized in different spots helped to meet other chatbot enthusiasts. The event was a great chance to discuss, arrange B2B meetings, find business partners, and most importantly, to develop skills.

Tel Aviv is a part of Israel’s Silicon Wadi, which is claimed to be the second area with the highest concentration of high-technology companies after Californian Silicon Valley. That’s one of the reasons why Israel is called the Start-Up Nation.

Chatbot Summit is the right place for both chatbot newbies and experienced old birds. Every chatbot enthusiast had the opportunity to find something for them, discussed topics vary from ethics behind AI to conversation design and chatbots development. There was also a space for real-implementation examples and its results from different industries.