IoT will shake up world of data analytics, says report 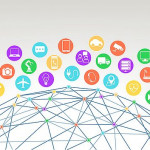 A report produced for US network operator Verizon says data analytics will become a core competency as the internet of things becomes more widely adopted by businesses.

A mere 8% of enterprises that have embarked on internet of things (IoT) projects have monetised more than a quarter of the data generated by these projects, suggesting that – as far as the effect of the IoT on the world of data analytics goes – businesses have barely scratched the surface.

This was one of the headline findings of a report examining IoT adoption, produced by Oxford Economics on behalf of US network operator Verizon. It also claimed that the IoT was on the verge of going mainstream, if it had not already done so.

The report said monetising the data generated by the IoT would be the principle driver for enterprises and small businesses alike in 2016.

Therefore data analytics will become a core competency, with more than 50% of businesses expecting to be using more than 25% of their data by 2018-2019.

Data analytics, it said, is on the verge of evolving from descriptive data collection to a far more sophisticated model of predictive and prescriptive analytics.

As industries seek to eke out more meaningful insights from these stores of data, there will be a shift away from big data to domain experts, predicted Verizon.

The Verizon report also identified a number of other macro-trends pushing the IoT into the mainstream, among them a growing awareness among consumers of the potential of their devices, and a growing expectation that they will do more.

By the end of the decade, it predicted, the average person in the street will experience a much higher level of automation in their day-to-day life thanks to the ability to engage with the IoT.

This will be supported by changes to the regulatory landscape, which will force the forging of partnerships between IoT firms, while standardisation and development around low power devices and network connectivity will serve to “democratise innovation”, said Verizon.

“The view has been that IoT is a mashup of complex technologies used only by early adopters,”

“In the past year, we’ve seen compelling examples of how the IoT is being deployed by a wide-range of enterprises, entrepreneurs, municipalities and developers to address relevant business, consumer and public needs.

Meanwhile, consumers are more willing to try new technologies and apps that introduce a better way of life. The end result will not only give rise to thousands of new use cases over the next two years, but will also create an accelerated pipeline for innovation and a new economy.”

The Verizon report also highlighted a growing tendency for enterprises to turn to startups to help get their teeth into the IoT.

In 2015, its researchers found that enterprise IoT startups outpaced funding for consumer IoT startups by three quarters, and are likely to raise up to three times more capital in 2016. This suggests that, despite the hype around smart home technologies, practical use cases are proving to be more of a money-spinner.