How IoT and Machine Learning Can Make Our Roads Safer 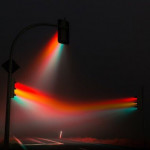 The transportation industry is associated with high maintenance costs, disasters, accidents, injuries and loss of life.

Hundreds of thousands of people across the world are losing their lives to car accidents and road disasters every year. According to the National Safety Council, 38,300 people were killed and 4.4 million injured on U.S. roads alone in 2015.

The related costs — including medical expenses, wage and productivity losses and property damage — were estimated at $152 billion. And this doesn’t account for general maintenance and repairs costs of the road and highway systems, which earmark billions of dollars of public funds every year — and are still underfunded.

Hopefully, this problem can be addressed by the Internet of Things and machine learning, two technologies that are taking the world by storm and will someday become an inherent part of every aspect of our lives.

With the right implementation of IoT technology, we can mitigate risks, prevent damage and reduce costs. The deployment of smart, connected sensors, combined with machine-learning-powered analytics tools, can enable us to gather information, make predictions and reach decisions that will make our roads safer.

The human element continues to be the main contributing factor to road fatalities. Reckless driving, distracted driving, DUI, speeding and other bad habits increase the likelihood of road accidents.

In every country, there are rules and regulations that enforce safe driving. But while rules are rather reactive in nature and force drivers to drive safely to avoid punishment, IoT can play a more proactive role in helping drivers adopt safe habits.

“Until autonomous vehicles are fully rolled out, we have to employ technology to help manage the human factor in driving,”

“Data collection is the first step. With telematics, you can know an infinite number of things about the vehicle and what the driver is doing.”

Telematics and Onboard Diagnostics (OBD) are helping fleet management companies and insurance firms collect a wealth of information about vehicles and drivers, including measurable events such as speeding, seatbelt usage, sharp cornering or over-acceleration.

This helps them in promoting and incentivizing safe driving by using a number of measures, such as scorecarding, which rates drivers based on their driving data.

“The second step is driver coaching — using the data to help the driver learn to drive safer,”

“Not only can it keep people safe, but it is a major benefit to companies looking to manage risk and control costs related to accidents,”

IoT and telematics are also reducing the overhead in ensuring compliance with regulations such as hours of service, which require drivers to record such details as when they start driving, when they stop and other important trip details.

“This safety measure combats accidents due to lack of sleep,”

In the event of an accident, analysis of data collected through IoT technology will help reduce risks in the future.

“Accident data collected by telematics could be used to identify the most dangerous intersections in our cities,”

“With that kind of information, municipalities and departments of transportation can put their dollars exactly where it’s needed the most, and where it will make the greatest impact. Geotab collects over 900 million points of data each day. The potential for how this data could be used is limitless.”

Providing timely maintenance for the network of bridges, roads and highways of a country is a challenging task, and often the mismanagement of transportation infrastructure leads to collapsed bridges, potholes in roads, unwanted congestion and fatalities.

The 2007 collapse of the I-35W Mississippi Bridge in Minneapolis, which cost the state millions of dollars in repairs and resulted in 13 casualties, is one of the starkest examples of the consequences of failing to address infrastructural problems in time.

Presently, of the 607,000 bridges across the U.S., roughly 65,000 are classified as “structurally deficient” and 20,000 as “fracture critical,” which takes years and billions of dollars to fix. This means the I-35W tragedy could happen any time, because, with limited public funding, it’s hard to keep track and prioritize repairs and maintenance.

IoT can help remedy the situation. IoT sensors and smart cement (cement equipped with sensors) can monitor the structural status of roads and bridges under dynamic conditions and alert us about deficiencies before they turn into catastrophes.

The data collected by the system is used to better understand the response of the bridge under such conditions as high wind loading and earthquakes, and to determine in real-time when the structure is at risk or in need of repairs.

The replacement of the I-35W Mississippi Bridge cost the state $234 million. Today, that sum can be used to instrument thousands of bridges and prevent tragedies in the future.

Controlling traffic and keeping roads clear can help immensely in reducing accidents and incidents that occur because of poor road and weather conditions. Driving safety, in particular, is dependent on being able to monitor road surfaces and identify road hazards.

IoT road sensors can provide real-time data from roads to help divert the flow of traffic away from areas of hazard. French IoT startup HIKOB is exploring the possibilities in several French cities.

“Road sensors are going to be one of the most crucial developments that will take place in the world of transportation with the introduction of the Internet of Things technology,”

“Road sensors can be easily embedded under the roads so that they can effectively measure the changes in temperature, traffic volume and humidity, among other weather and traffic constraints.”

The data collected by the sensors is gathered in servers, where it is analyzed to provide concerned authorities with real-time information about traffic and road conditions in the IoT-equipped regions.

The gleaned insights can help in a number of scenarios, including optimizing the use of limited maintenance resources and equipment, as well as predicting and alerting about possible hazards and accidents that may take place because of poor road and weather conditions.

HIKOB is testing its solution in the city of Troyes, where it is using a host of smart sensors and IoT gateways to monitor traffic and weather conditions to assist in improving road safety.

The future of IoT in roads

IoT is already helping make our roads much safer. But this is just the beginning. The true power of IoT in ensuring safe driving continues to be unleashed as cars move toward becoming fully autonomous and start interacting with their environment and making decisions on their own.

This could unlock new possibilities, such as preventing drivers from entering hazardous areas, assisting in avoiding collisions, selecting detours and avoiding traffic jams and many other scenarios where the power of IoT and machine learning combine to create new opportunities. We still have a long way to go, but maybe one day accidents will become a thing of the past.