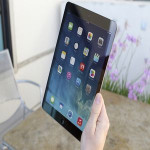 Apple has won the hearts and minds of small- and mid-sized businesses, which have overwhelmingly adopted Cupertino’s mobile devices over rivals powered by Android or Windows, an Exchange hosting vendor said last week.

According to Intermedia, 76% of the customer-activated mobile devices for the year through October ran iOS, Apple’s mobile operating system. The majority of them were iPhones.

Samsung and Motorola mobile devices — both of those companies rely mostly on Android — came in second and third with 12% and less than 6%, respectively.

Windows-powered smartphones and tablets accounted for just 1% of all activations in the 10-month period, about the same as the sinking BlackBerry.

Mobile PCs, such as notebooks, were not included in Intermedia’s numbers, as they access the hosted Exchange servers directly, without needing ActiveSync.

Since the introduction and start-of-sales for 2013′s iPhone models, small- and medium-sized businesses (SMBs) have picked the more expensive iPhone 5S 82% of the time, said Intermedia. Its conclusion: Businesses have prioritized functionality over price.

About 23% of the devices activated in the first 10 months of 2013 were from vendors that power the bulk of their smartphones and tablets with Google’s Android, giving iOS an advantage of better than three to one.

And Gold was bullish on Microsoft, even though its Windows Phone and Windows operating systems accounted for a puny percentage of activated devices from January through October.

“Windows smartphone and tablet activations … grew by roughly 93% over [the] period,” Gold wrote in an email. “Microsoft’s planned purchase of Nokia, along with their aggressive mobile agenda, could make them a viable threat to Samsung and even Apple in the medium term.”

But data on Surface tablet activations provided by Intermedia at Computerworld‘s request showed that Microsoft’s own hardware brand has gained little ground in the SMB space, a market the Redmond, Wash. company dominates on the desktop and one it’s hoping can be convinced to swing from iOS and Android.

During the last three months of 2012 and the first ten of 2013, Intermedia counted just 1,700 Surface activations of all types, or less than half the number of iPads for October alone. Surface RT tablets, the lower-priced of the two lines, dominated, accounting for 62% of all Surface activations.

Both the Surface RT and the first-generation Surface Pro showed up in higher numbers on Intermedia’s log at their sales start — October 2012 for the former, February 2013 for the latter — then trailed off significantly. Surface RT activations, however, began to climb in July, when Microsoft slashed prices to get rid of excess inventory, and then hit a 10-month high in October 2013, when Microsoft rolled out the second-generation Surface 2 but continued to sell the original for $349.

Apple’s iPhone and iPad combined to account for more than three-fourths of all mobile devices activated by SMBs on the world’s largest Exchange hosting service.
Source: Computerworld