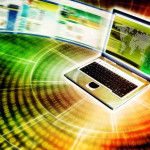 Hi-Tech Park Administration and representatives of Israeli business circles met in Minsk on September 3rd to discuss opportunities for cooperation in IT-sphere.

Israel is one of global leaders in hi-tech as for concentration of IT-companies and share of hi-tech products and services in total exports.

Arie Zeif stated that there are prospects for cooperation between Israel and Belarus in providing IT-services and software engineering and spoke highly of Belarusian specialists’ professional skills. Israeli delegation was interested in Belarusian IT-market investment climate, including the procedure of becoming an HTP resident and benefits for resident-companies.

There is already an example of successful cooperation of two countries in HTP – company “Music Lab”, that engineers software for IP-telephony. Cell phone app Viber, developed in Belarus, is used by 100 million people all over the world and the service stands a good chance to become a serious rival for Skype on the market of Internet-telephony.

The meeting took place within the framework of Minsk session of the Joint Belarusian-Israeli intergovernmental committee on trade and economic cooperation and Belarusian-Israeli business forum. Israeli delegation consisted of representatives of various economic sectors, including those specialized in IT-telephony, data communication and processing, transport infrastructure management, as well as in energetics, trade and agriculture.

In comparison with 2010 activities, in 2011 HTP resident-companies increased export to Israel by 35.4%.