IT as Russian Soft Power 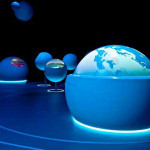 Twenty years ago, an American political scientist named Joseph Nye proposed the concept of soft power. “Soft power” is a set of cultural, economic and ideological values that allows states to influence other countries, or even the entire planet. Clear examples of soft power are jeans, Coca-Cola, rock and roll and Hollywood’s Dream Factory, which account for the cultural dominance of the United States throughout the world and even contributed to the collapse of the socialist bloc.

The term caught on. The western press today creates ratings of countries based on their level of soft power. According to Monocle, for example, the U.K. now leads in influence, not the U.S. With the Olympic Games in 2012, 184 cultural missions around the world and the continued status of London as an international and multicultural city, the country successfully uses its soft power to help fulfill its foreign policy objectives.

Obviously, the new Russia has not deployed its soft power globally. With the collapse of Soviet Union, communism, which had attracted many developing countries and was a very mighty former source of soft power throughout the 20th century, disappeared. And since then, Russia has nothing more to provide the world than its classical heritage. Tchaikovsky, “War and Peace” and The Mariinsky Orchestra and Ballet may be eternal values, but they require updating.

Attempts by the state to create “soft power from above” has not brought about any significant results. The Russian propaganda machine has spent huge amounts of money, but in the West the country is still perceived with skepticism, especially as all the efforts to create an image of a dynamic democracy that is attractive to investors was completely steamrollered by regressive images such as the Pussy Riot or Magnitsky trials. It can hardly be expected that the Sochi Olympics in 2014 or the World Cup in 2018 will change the situation. The best we can hope for is that the Russian approach to service won’t lead to scandal, let alone the prospect for an increase in soft power.

Meanwhile, Russia has a great asset that could be an engine of national soft power. This is the country’s IT sector, which is largely very successfully in performing this function. In computer stores around the world boxes bearing the name Kaspersky Antivirus are on display. And our students are enduring winners of prestigious international programming competitions.

For many years, the world’s top 100 companies have expressed confidence in the abilities of Russian IT companies in the field of outsourcing. Yandex and Mail.ru have launched successful IPOs, and in 2012, Prognos and Diasoft joined the constellation of other Russian IT companies that are included in Gartner’s Magic Quadrant of the world’s top vendors in their market segments. And all this has been done without any help from the state.

Russia’s scientific and technical potential allows the country to successfully compete on world markets. And if this sector is made a priority for state support (aimed at improving competitiveness and the promotion of Russian technologies and products abroad), the result will be not only economic benefit but also a significant increase in Russian soft power.

Soft power, as recent history shows, is a very important factor for success in a world where military solutions to the issues of foreign policy are becoming less effective.