IBM Regional Director Talks About IT Business in Croatia 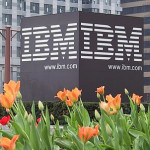 Croats are keeping up with the most advanced technologies.

Michael Paier has been responsible for IBM’s operations in the Southeast Europe since 2011, the region which includes Croatia, Bulgaria, Hungary, Romania, Serbia, Slovenia and several other countries.

He spoke about the IT situation in Croatia and the region in an interview with tportal.hr on March 6, 2016.

“By 2020, every human being on the planet will be producing 1.5 MB of information per second. Digitalization is happening all around us and that is a trend that cannot be stopped”,

“If we compare the markets in Western Europe and Southeast Europe, which includes Croatia, I do not really see any significant difference.”

In Paier’s words, everything that is happening in the area of mobile business, trade or social media in Western Europe can be seen in the region and Croatia as well. A lot of innovations come from this part of the world.

“Croatia is following the key global trends and has developed ‘an innovation culture’ which is reflected in the application of the most advanced technologies. Many new solutions and technologies have first been implemented right here in Southeast Europe.”

Users in Croatia are adopting new technologies, IBM’s regional director noted, and are adjusting in accordance with the changes on the market, and this is reflected in the joint successes achieved during the last year.

Paier said that IBM has participated in many significant projects in the local market in both public and private sectors.

“We have signed a Memorandum of Understanding with the Croatian government. The goal is to create a functional and intelligent ecosystem that will even better connect the public and private sector, academic institutions and startup companies and in this way give impetus to Croatia’s economic growth and its global competitiveness.”

Asked whether the new Croatian government could turn out to be more dynamic when it comes to modernization and digitalization of public services, he said that IBM had offered ideas and solutions to the previous government as well and that those talks were very interesting and useful.

“We will continue to do the same now with this government.”

“With Croatia’s entrance into the EU, the country’s importance as a participant in the IT processes has certainly increased. We believe that, with the application of the advanced business solutions, countries can spur the sustainable economic development and global competitiveness”,