Young people unaware of IT roles in financial services 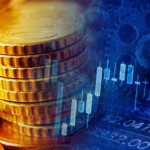 Careers firm Investment 2020 claims young people have little awareness of the IT roles available in the financial services sector, or what routes to take to get there.

Young people are unaware of technology roles and opportunities available in the financial services industry, according to careers firm Investment 2020.

Investment 2020 partners with firms to provide apprenticeships and careers information to young people. It has found that young people often don’t know what roles they could be entering, and perceive technology roles in the financial services industry as “masculine”.

Karis Stander, managing director of Investment 2020, said: “We are finding there is a disconnect between the opportunities available and the awareness or the desire for young people to take these opportunities.”

Stander said students are often put off pursuing IT careers or apprenticeship routes because they think they do not have the skills to enter the job market.

“Some people are put off because they think they need formal studies, but there’s something for everyone. We need creative thinkers and we need creative problem solvers,”

she said.
Many industry professionals have addressed the importance of soft skills, as well as technical skills, when filling IT roles. Stander explained that firms are looking at “the whole person”, as well as a candidate’s grades.

“The industry has huge social impact locally and globally. We want the right attitude and we want the aptitude,”

“There’s a huge supply and demand gap. Employers can’t find the talent they’re looking for. Even though there’s this opportunity in technology, not many young people are studying computing,”

Diversity in the IT industry

According to John, the “statistics haven’t changed much” since she completed a computer science degree and became a woman in IT. She said firms should be focusing on promoting a diverse environment to get ahead.

John said young people should not have to come from a “white, rich” background to bag a job in technology, and that more diverse IT teams will ensure the different types of skill needed to create good products.

“We all use technology today, but 80% of code is written by men,”

“When you think of teams that are efficient, you need diverse types of skills.”

But part of the problem, she said, is that apprenticeships are not always considered a good alternative to a university degree.

“There are a lot of benefits to starting a tech career as an apprentice – it is a real alternative,”

Holly Fryett, technology apprentice at M&G Investments, said she originally did not intend to apply for a technology job because she believed the technology industry was a flooded market.

Fryett’s decision to apply for an apprenticeship at M&G Investments, rather than go the traditional university route, was supported by her parents.

She realised technology jobs require a mix of skills, such as attention to detail, problem solving and teamwork, as opposed to a focus on just technical skills – something she claimed apprenticeships are good at teaching.

“If you went to university and studied computing, you won’t learn as much as you do in the work environment,”

“Practical learning is much more valuable.”

Fryett admitted she searched for alternatives to university on the internet, rather than have help from a career counsellor. She said it is important to let young people know “they have other options” when considering what to do after school.

Harrison Crossley, security analyst trainee in information security for Schroders, said his parents were also supportive of his decision not to opt for a university-driven career path.

Crossley said he felt people his age who had gone to university – as opposed to undertake an apprenticeship – weren’t as ready for the working world. He feels it is important for young people to attend events and build up a network.

“Half of what I know now, I had no clue about when I started. Technology is only going to get bigger,”

“Finance is branded by the public as a demon that’s doing bad and ruining everything, but the finance industry is one of the best to work in – it’s so different.”

Andrew Rydon, CTO of IT at Henderson Global Investors, said a lot of technology roles do not require technical skills.

“Some of the technology people don’t know that much about tech. Don’t constrain yourself to thinking technology is all about tech,”

Rydon said there are an array of roles young people can step into, both in technology and finance. He added that the pace of change driven by technology means it’s a “phenomenal time” to join technology roles and the finance industry.

“We’re interested in what tech is going to do to the finance industry,”

Rydon said soft skills in new candidates, as well as traits such as “enthusiasm and curiosity”, are just as important as technical skills when recruiting for an IT role.

“We need talent and – you might be surprised – but we find it hard sometimes to find that talent.”