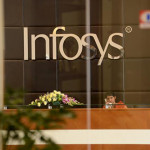 The second largest IT company and the largest exporter of technology services Infosys which opened a centre for the delivery and support for its users in Croatia last autumn, has announced an official opening.

The Indian IT company has located its regional headquarters in Karlovac, where it took on a number of engineers who worked for the French industrial giant Alstom (after it was taken over by the American company General Electric).

Apart from Croatia, Infosys has already opened a similar centre in Moscow, Russia. The new delivery centre in Croatia, which is intended for the European Union market, and the delivery centre in Russia, which is directed towards the market of the Commonwealth of Independent States, focus on businesses related to aerospace and automotive industry, energy industry, turbo machinery as well as to serving other engineering clients.

“The establishment of centres in Croatia and Russia enables us to tap into a rich pool of engineering talent and bring this to the industrial and manufacturing companies that we work with around the world”,