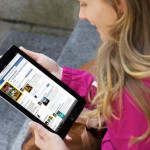 The majority of IT industry research and projections are in, so we can get a more nuanced picture of where the IT industry is going.

Here are some highlights combining several sources and some thoughts to explain discrepancies.

A look at the numbers

The IT market reportedly reached $3.7 trillion in 2014 (which included hardware, software, IT services, and telecom). It is projected to experience 5% growth in 2015 ($185 billion in revenue).

While growth is good, that’s still fairly conservative for the industry. Offshore insights documents that 38% of IT leaders foresee little change in the next 12 months and according to Spice Works, 44% of IT leaders say the budgets are unlikely to grow (despite revenue increases).

But no growth for budgets might actually be a good thing, since in the past years these budgets were being chopped. Overall, after 2 years of moderate recovery, businesses are still likely to see only limited change.

Companies will concentrate on building new applications to include mobile and cloud infrastructure. For some, this may become an obstacle as they struggle to simultaneously support, maintain and integrate their existing infrastructure. Offshore Insights reports that most IT leaders say that their company is not prepared for digital, and only 1 in 5 say that they have the right people to go digital.

They also find that while digital is a major driver of business strategy, it means different things to different people (from commerce, to social, to cloud to big data). This means that there still is a large number of companies that are unsure of the values these technologies will bring. For many, it’s simply too early to complete a full transition.

After countless debates of what big data is, companies are finally turning their data and analytics into vital insights and applications to grow their business. Yet, many will first need to build data management processes, before moving on to more complex initiatives.

IoT has the potential to revolutionize the business world, but in many ways it’s just a new way of implementing the SMAC mix (social, mobile, analytics and cloud). According to Paul Sallomi of Deloitte, IoT is quickly becoming the center of enterprise innovation. (In fact he calls it the “blank slate for innovation”).

While it promises to increase enterprise efficiency, it will also put more demand on company infrastructure – especially when it comes to cyber security. Yet, since it’s a combination of various technologies, to do IoT well, companies need to figure out their SMAC strategy first.

Since data is becoming more and more important, security management and user privacy will become an important part of processes. Companies need to continue to invest in their existing security measures, but also adopt new ones.

Innovate or keep lights on?

Spiceworks found that the average IT budget globally was $291,062 ($242,000 in EMEA and $303,879 in North America). Companies will have to make strategic decisions as to where the money will go – new initiatives or infrastructure upgrade and maintenance?

Offshore insights reports that the amount of spending going to new projects grew by 5.3%, whereas maintenance projects grew only by 2%. Overall, they expect that more of the budget will go into new projects (and most of them will be business focused, not tech backend).

This however conflicts with the findings from Spiceworks. They report the opposite: 25% of IT leaders are planning on focusing on software upgrades. According to them, top 3 budget priorities will be laptop/desktop (44%); then software 43%; then storage 35%.

The technologies that are likely to require new initiatives – security, cloud-based services and mobile have the lowest three budget allocations: 27%, 23% and 13% respectively.

The conflict is probably due a couple of things:

The second explanation is probably the most salient here. As COMPTIA research notes, many companies will want to innovate and implement the latest technologies in their systems, but also make sure their current systems continue to perform.

They will want to transition their company, without having to risk everything that has been built this far. As a result, companies are more likely to keep the best of the old and new worlds – and so spend their budgets on implementation of both OS upgrades and maintenance, and new initiatives.

Other things to keep in mind:

Globalization – As more countries innovate, they will inevitably move to include other countries – either as consumers or sources of labor. Governments, however, can hold companies back in some countries.

Simplicity – Companies will concentrate on making things simpler (user experience, management etc.). But, they should watch out what they cut out – some processes that seem inefficient now, if cut, can actually cause more problems down the line. (Tradeoffs of digital vs. personal communication?)

Democratization of technology – Many small business are now able to attain a similar level of technical proficiency as industry’s giants. Yet, as these technologies and digitization become increasingly expected, small businesses might be pressed for resources and where to find the right expertise to complete their digitization initiatives. This pressure paired with the ill-defined term “digital” means that companies will want to see the value first before jumping into huge projects.

Hiring & training – With all these requirements, finding the right talent will hardly become easier. The mythical data scientist unicorn being one of the hardest new employees to find. Companies will have to invest considerable time in hiring the right people, forming teams, training their existing staff, or rely on third party expertise.

IT industry is growing. Solid management and plans are needed; it is best to align IT and team goals to business goals early on. IT professionals are trying more innovative things, but are also trying to maintain their existing infrastructure. The reconciliation between old and new is not likely to be solved in 2015.

Next 12 months is more likely to be considered a transition period, where companies create rules and processes for emerging tech and security issues. Hiring, partnership and training will become crucial as companies finalize their new project plans and look to implement new technologies.