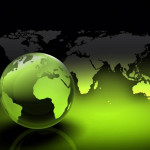 The meeting was organized by a group of investors and representatives of the largest Russian software and Internet companies including; Igor Agamirzyan, CEO and Chairman of the Board of Russian Venture Capital (RVC); Sergei Plugotarenko, director of the Russian Association of Eletronic Communications; and RUSSOFT President Valentin Makarov. The breakfast meeting was moderated by Denis Viktorov, head of the federal office of the National Business Network.

Agamirzyan, who heads the international venture capital fund set up by the Russian government, spoke on the importance of human capital. “Human capital is becoming more important than financial capital in the contemporary world and the contemporary economy. It is defined by the creativity of the middle class and is determined by the system of education, including that of the engineering sector, which has long history in Russia.”

E-commerce in Russia was a point of concern to several attendees who see a serious barrier to competition in foreign online stores being able deliver orders to Russian customers without duties or VAT. Nonetheless online retailer Ozon.ru grew by 80 percent in 2011 according to the company’s CEO, Maelle Gavet.

Arkady Volozh, CEO of Yandex, saw a considerable amount of positive developments over the past two years citing the IPO of two Russian Internet companies—the Mail.ru Group and his own Yandex—the latter being the most highly valued in Europe and listed on the NASDAQ. The active expansion of Russian players in foreign markets outside the region was also pointed out.

At the same time, Alexander Egorov, General Director of Reksoft, reminded participants that Russian Internet and software companies have made great strides over the past 20 years and now occupy leading positions in world industry. Adding that the industry now needs to focus on the development of the service sector.

The participants of the meeting all agreed that the main guarantee of Russian companies’ continued leadership in the IT industry depends on maintaining its high level of expertise. William Savage, VP of Intel, cited the variety of opportunities available on the Russian market and, like a number of foreign participants, recognized the potential of the Russian IT industry and the success they have had so far on the global market in all segments of the industry. At the close of the meeting he went so far as to remark, “This room seems to contain an emerging Silicon Valley.”