Value of IT outsourcing deals in the UK up 15% 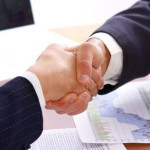 The total value of IT outsourcing contracts agreed in the UK last year rose 15% on 2013 figures, according to new research.

IT outsourcing (ITO) contracts agreed in 2014 totalled £3.44 billion in value, with nearly a third of that value accounted for by deals struck in the energy and utilities sector.

Those deals were worth £1.05bn and accounted for most of the 187% year-on-year rise in the sector on £373 million spent on all outsourcing deals in the sector in 2013.

The figures were revealed by BPO provider arvato in its UK Outsourcing Index for 2014 (1-page / 715KB PDF). The data was based on information complied by outsourcing analysts NelsonHall.

According to the report, the UK’s outsourcing market was worth £6.65bn in 2014, with £3.1bn of contracts agreed business process outsourcing (BPO) deals. Contracts worth £109 million were agreed representing a mix of ITO and BPO arrangements.

“The most in-demand ITO services were multi-scope infrastructure management, with £899 million of spend, application management, worth a combined £772 million and network management contracts totalling £485 million,”

The report revealed that public sector outsourcing contracts agreed in the UK last year had a total value of £2.49bn and that just 8% of all outsourcing deals in the public and private sectors signed by UK-based organisations in 2014 “involved work being delivered entirely offshore”.

“Outsourcing has mistakenly become synonymous with offshoring, yet our research demonstrates that UK delivery is continuing to play a fundamental role in the industry as customer requirements become more sophisticated.”

“Offshoring will always have a role to play in meeting certain business’ needs but the demand for more sophisticated solutions, combined with salary inflation in traditional offshore locations, means UK-based delivery is set to continue to dominate,”

The report also highlighted changes in the way that customer relationship management functions are being delivered by organisations. More than 60% of third parties delivering these services now provide “multi-channel” services, up from 40% in 2013.

“Whereas relatively recently contact centre outsourcing contracts in the UK were typically for voice only services, in 2014 it was the norm for customer management services contracts to be multi-channel in nature, with email, web chat, and even social media support commonplace.

This was true across both the private and public sectors, with the e-government initiative ensuring that all local government customer services contracts announced were widely multi-channel in nature.”

New outsourcing deals agreed in the sector in 2014 had a total value of £1.1bn, making it “the most active private sector”, it said.