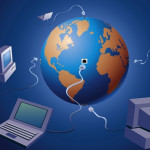 The amount companies are due to spend on data centre hardware will reach $99 billion (£63 billion) by the end of the year, which could see additional capacity for handling IT outsourcing.

New research published by Gartner has predicted that the market will expand by 12.7 per cent from 2010′s spending levels and reach $126.2 billion by 2015.

Its figures include the cost of servers, storage facilities and enterprise data centre networking equipment.

The biggest growth will be concentrated in the largest data centres and these will see their share of spending rise by six percentage points in the five years to 2015, with cloud computing and IT outsourcing being implicated as key factors in this trend.

“Storage is the main driver for growth. Although only a quarter of data centre hardware spending is on storage, almost half of the growth in spending will be from the storage market,” he explained.

Mr Hardcastle suggested that in-house enterprise data centres are unlikely to benefit from these trends as companies maximise their usage of virtualisation technologies and boost their infrastructure effectiveness.

Deployment densities are also growing and this is inhibiting demand for floorspace, with a greater concentration in the largest facilities, he stated.

Cloud computing is playing a key role in driving the benefits that the largest data centre class is experiencing, he added.

Recent figures published by the International Data Corporation have shown that Western European IT spending is forecast to hit $460 billion by 2015, with the rebound experienced in 2010 continuing through the next four years.