IT Outsourcing Earnings Rise by 56 Per Cent 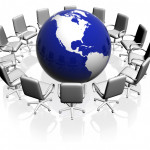 The earning from outsourcing IT jobs has increased by 56 percent in the last one year, said sources in the Bangladesh Association for Software and Information Services (BASIS). In the 2011-12 fiscal year, the earning was USD 70.6 million, while it was USD 46.35 million in the 2010-11 fiscal year, said BASIS officials, referring to the latest available data of the Export Promotion Bureau (EPB).

Experts, however, said that the earning from the world market could be multiplied by at least USD 2 billion with a little back-up from the public and private partnership ventures. The ventures can establish systematic IT outsourcing facilities and projects, available from major buyers of the US through the Internet, to facilitate the growing numbers of IT professionals in Bangladesh. According to BASIS officials, at present there are more than 500 software companies in the country. Of these, about 140 are doing outsourcing jobs. This, however, is not a satisfying amount vis-a-vis India, as the neighbouring country is earning USD 8,060 million every year. Also, about 1,50,000 IT professionals graduate each year in India, compared to a meagre 24,000 in Bangladesh.

Saimon Azim, a software entrepreneur and exporter, said IT outsourcing by the western companies has been a common practice in the SME domain for many years, owing to cheap labour cost in the South-east Asia. “Although India is controlling the USD 9.6 billion market, Bangladesh can break its monopoly by taking some systematic measures to create job opportunities,” he added.

Simon, a former employee of ‘Deloitte and Touche’, returned to his homeland, and set up Thinkcrest, an IT outsourcing company, with only three members two years ago. “Now, I’m making handsome profits. I pay bonuses to my 14-member team in US dollars,” he said.

But, the picture is not that much rosy for “Web Archive”, another IT outsourcing company, as it does not have a marketing analyst and proper connections in the US market.

Raqib Ahmed, chief system analyst of the company, said that for the last two months, the company had only got three projects. “The problem is that we can’t place the lowest bid,” he added.

There are virtual internet marketplaces, such as Elance, to invite bidding for tenders. Here a project is posted online and job-providers select companies by reviewing qualifications, ratings, portfolios and skill-based scores.

“When you place a bid on a particular project in such marketplaces, and the job-provider sees that you are from Bangladesh, you need to place the lowest bid, otherwise you don’t get the project,” Raqib stated the hard reality.

He said Indian companies have developed a strategy. “They, with the help of the non-resident Indians living in US, maintain a US address and better credentials and place a medium-price bid. So when the employer sees two bids, one from Bangladesh and the other from the US (originally from  India), they choose the latter, despite higher prices, in terms of quality assurance,” he said.

“This doesn’t mean that we can’t provide high-quality work. It’s a question of attitude which nobody can erase from their minds, while dealing with financial matters”, he added.

Individual freelancers face even worse situations. According to BASIS, there are about 4,000 freelancers in Bangladesh, with half of them dysfunctional.

When asked, Julfiqar Ali Bhuiyah, a freelancer, told The Independent, “We’ve to work hard on a project for two weeks. According to the rules of the marketplace, we get only one-third of the total money after submitting the initial framework, which is called the alpha stage. But at the gamma stage, after submitting the project, most clients reject it on grounds of inferior quality, and do not pay two-third of our money.”

Also, clients never feel safe with freelancers, as they do not belong to a licensed company.

“We can’t create enough opportunity for our young IT professionals.

Moreover, they are poorly paid by software companies for the first three or four years. It forces them to go for management courses, thus taking them away from the core professional area”, Dr

M Kaykobad, a professor of Bangladesh University of Engineering Technology, told The Independent.

“We must take this to the next level, in order to create a digital Bangladesh, rich and resourceful in the IT sector. I strongly deny the allegation that our students lack the potential to design high class software. I can give you more than 100 names of my own students in BUET, who are currently working in Microsoft, Adobe, Oracle and other big companies”, he said.