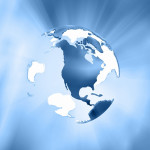 Offshore IT Outsourcing: An Integral component of High-Performance IT Organization (136 Kb)

The IT Outsourcing and Business Process Outsourcing Industry Landscape in 2010 by Horses for Sources Research. March 2010 (1332 KB)

Revision of forecasts for IT markets in Poland, Russia and Ukraine by PMR. April 2009 (185 KB)

Financial crisis opens up opportunities for IT outsourcing in Central and Eastern Europe by PMR Publications. January 2009 (545 KB)

Accelerating Return on Investment through B2B Outsourcing by Crossgate. 2009 (456 KB)

Drivers of IT Industry in Ukraine, Bulgaria, and Romania by Maryna Yaroshchuk TNC, Final Paper, 2008 (112 Kb)

Gaining Greater Performance and Flexibility from Next Generation IT Outsourcing by CompuCom, June 2008 (400 Kb)

IT Outsourcing Challenges and Solutions by CIO.com, July 2008 (44 Kb)

IT Outsourcing in Central and Eastern Europe by PMR Publications. September 2008 (596 KB)

Seven IT Strategies to Help Survive the Downturn by CompuCom. April 2008 (344 KB)

The Myths and Realities of Product Development And Outsourcing by Xoriant Corporation. 2007 (61 KB)

The Role of Tools in IT Infrastructure by Everest Research Institute. 2007 (824 Kb)

Ongoing Evolution in the IT Outsourcing Market by Everest Global,Inc. 2007 (164 Kb)

Quality Governance and Testing in Outsourcing by AppLabs. 7th May, 2007 (364 Kb)

The Myths and Realities of Product Development And Outsourcing by Xoriant Corporation. 2007 (61 KB)

The Overlooked Potential for Outsourcing in Eastern Europe by McKinsey, 2006 (141 Kb)

IT Outsourcing in the Small and Medium Businesses by Everest Research Institute, 2006 (296 Kb)

Outsourcing IT in the Financial Services: Neashore or Offshore? by Luxoft/NOA. (1387 Kb)