IT Outsourcing: How Offshoring Can Kill Innovation 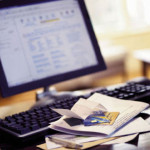 IT service providers are touting the benefits of outsourcing’s increasingly higher-value and more complex IT work to lower-cost locales. And IT customers still hyper-focused on cost cutting in today’s economic doldrums are more than willing to consider the pitch. But Harvard Business School professors David Pisano and Willy Shih argue that “moving up the value chain” with offshoring can irreversibly damage a company’s—and a country’s—competitiveness and ability to innovate.

The two researchers made headlines with their 2009 article, “Restoring American Competitiveness,” asserting that the America’s relentless outsourcing of manufacturing operations had not only hurt the United States’ trade balance and job prospects for its citizens, but also hindered its ability to innovate. CIO.com talked to Pisano and Shih about how their research applies to IT offshoring and what CIOs can do to retain their competitive advantage while cutting costs offshore.

CIO.com: You assert that as U.S. companies were steadily outsourcing development and manufacturing work abroad and cutting spending on basic research, American competitiveness and innovation eroded. What’s the most conclusive evidence of that?

Willy Shih, Professor of Management Practice, Harvard Business School: The troubling thing that our research turned up is that offshoring can lead to damage to what we call the industrial commons—a set of capabilities embodied in your supplier network, your workforce, the educational infrastructure associated with a technology area. For example, in the 1960s Kodak gave up making sophisticated film cameras, and the U.S. consumer electronics companies offshored their product manufacturing and development. So the industrial commons for consumer electronic and optoelectronic devices in the U.S. withered away. So when the digital camera revolution came along—even though Kodak invented the first digital camera in the 1970s—there was no longer any capability base in the U.S. to develop or manufacture such products.

Gary Pisano, Harry E. Figgie, Jr. Professor Of Business Administration, Harvard Business School: Just look at what has happened in the mobile communications industry today. A lot of PC companies first gave up manufacturing, and then design. They became reliant on third party suppliers. Now we see what Apple has done with the iPad, and it seems to me there are an awful lot of PC manufacturers scrambling to find an “off- the-shelf” design to compete in the tablet computing space. The problem is, from my perspective, there is nothing unique about any of those designs. They have not competed well against the iPad.

CIO.com: Proponents of offshore outsourcing say it not only cuts costs, but also can enable companies to focus on their core value. But you found that many companies developed a taste for offshore labor arbitrage and outsourced more high-value tasks. Why didn’t they funnel offshore savings into innovation?

Shih: If outsourcing improves your numbers over the short term, sometimes it is difficult to take those savings and reinvest them. That was one of the drivers behind improving the numbers in the first place—bringing more to the bottom line. This is driven by the pursuit of profit, which is a good thing. I’m not being critical of that. But it highlights the importance of being thoughtful about outsourcing capabilities or damaging the commons.

Pisano: This is partly about having too short of a time perspective, but there is also something deeper. It’s rooted in how many management teams have come to view their source of advantage. For many, it seems, the name of the game is arbitrage. The key is to be a good “trader.” You find good opportunities to buy stuff less than you can do it your self, and you capture the value on your brand. They do not see having unique capabilities as the true source of competitive advantage.

CIO.com: Many CIOs have also embraced offshoring and are moving more complex and higher-value tasks abroad. What can they take away from your research?

Pisano: Be aware. At the margin, it always seems to make sense to outsource the next highest source of value-added activity. But, over time, those capabilities erode, and you are at the mercy of those few suppliers with capabilities.

CIO.com: Innovation is inextricably tied to IT in many industries today. Will the increasing offshoring of internal technology operations further erode American competitiveness?

Shih: A lot of IT outsourcing has resulted in the development of strong software capabilities in other parts of the world. It has accelerated the diffusion of this capability. The strong software commons in India and, increasingly, China bodes well for products for which software is an important component.

Pisano: Yes, no question about it. But, I don’t want CIOs to come away with the message that we are against outsourcing—or that they should never outsource. That’s not what we are saying at all. There is a lot of great IT capability in many different corners of the world, and it would be crazy for a CIO not to be thinking about how to take advantage of those. At the same time, they need to think about what they really need to have geographically close. It is clear that for IT professionals, the world is becoming a much more competitive place. If you are in that field, you are going to have to be continually improving your skill sets. And, if you are company in that space, you have to be innovating. You can’t compete on cost.

CIO.com: What advice would you offer CIOs and IT decision makers on striking the right balance between insourcing, outsourcing, and offshoring?

Shih: One global head of IT of a large airline company once told me, “You can’t outsource your thinking.” I think that captures one of the essences of what we’re saying. It’s important to understand where your capabilities come from, and how you sustain them.

CIO.com: The focus in many companies—in terms of IT investment—continues to be cost savings. Can you give CIOs a financially based argument that they can take to their executive teams and boards against offshoring higher value capabilities?

Pisano: Sometimes there is no case against outsourcing. There are strong skills at very good costs available from lots of places. But, where they have to be careful is when they are outsourcing capabilities that become critical to the future. Can you justify that in some spreadsheet financial analysis? Probably. But standard tools of financial analysis are very limited when it comes to evaluating these kind of capability-creating decisions. You need management with judgment.