IT Outsourcing in CEE 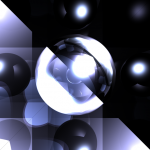 Outsourcing services are increasingly penetrating the business practices of a wide-range of companies. Transfer of non-core and IT activities on a long-term basis to independent contractors allows the business to focus on its core business activities.

The development of global IT industry encourages growth of outsourcing to other countries where the particular services are well developed and cheaper than in home markets.

Traditionally, India, the Philippines and China are considered to be the global IT outsourcing hubs. Many offshore IT projects are sent to these countries. However, a rapid increase in customer demand for offshore and nearshore outsourcing services has helped the growth of other outsourcing centres.

The CEE region is now capturing great amount of attention as an attractive outsourcing destination with more than 5,000 companies and 100,000 specialists operating in the industry of IT outsourcing and software development services in the 16 CEE countries, according to Central and Eastern European Outsourcing Association (CEEOA).

The CEE market can be divided into three clusters: First, Ukraine, Romania, Poland, Belarus  some of the leading countries in the European outsourcing space, undisputed leaders in market growth and the number of IT specialists providing around 80% of IT outsourcing services in the region, and large companies prefer to outsource their large projects to these countries; emerging markets like Bulgaria, Serbia, Slovakia, etc, are second  middle-sized countries capturing a lot of attention due to their advantageous geographical proximity to some Western countries, eg, many German companies prefer to outsource their IT projects to the Czech Republic, and many French companies are partnering with Romanian providers because of the language similarities; and, new locations coming to the fore like Croatia, Moldova, Latvia, Slovenia and Albania, attracting projects with specific language requirements or based on personal contacts.

At the end of 2009, the software development and IT outsourcing services industry in Central and Eastern Europe successfully overcame all of the challenges of the recession of 2008 and 2009 and resumed its trajectory of growth; although 2009 was the toughest year, when the industry indicated 2-5% decrease in the volume of IT outsourcing service provided. The industry used the recession to reorganise internal business processes within companies, optimise costs, and further develop more qualified operational business management processes. 2010 and 2011 showed the rising demand to outsourcing to the region and the significant market growth that reached 15-20%. The volume of outsourcing market in the CEE region has increased over two years and reached $5bn in 2010. It is forecasted that in 2011, the market volume will reach more than $6bn.

The stable market growth attracts the large market players that transfer their IT operation to Central and Eastern Europe and set up their research and development (R&D) offices here. Along with market development, the service rates also renewed growth. Ukraine, Belarus, Bulgaria and Romania remain the lowest-cost countries of the region. The reason, in Ukraine and Belarus, is that the countries are not EU members, meaning the cost of life in these countries is lower comparatively to other EU members, which allows it to sustain the low service rates.

Currently, outsourcing is booming in the region, as the CEE countries show actual progress in terms of government incentives to attract foreign capital and create favourable conditions for IT business and successful international partnerships.

Low cost, highly skilled IT labour, multiple languages skills and favourable time zones are making CEE markets increasingly attractive destinations for nearby countries and for the US.
The reasons? A shortage of resources in IT sector in Western European, complicated regulatory environments and high taxes drive demand to Central and Eastern Europe. According to a survey conducted by IT Sourcing Europe, there is a huge gap in IT talent and resources in Western Europe. The technological potential of graduates, specifically in the former Soviet Union countries, is one of the primary reasons, along with low labour costs, that Western companies choose to outsource to the CEE.

Higher education and comprehensive schools that formed the base of educational systems in the former Soviet Union and socialist countries were mainly focused on engineering specialties. This legacy, and the presence of strong science schools, fuelled the rapid increase in the number of companies providing IT outsourcing and software development services in the CEE region, according to the Central and Eastern Europe Outsourcing Review 2010. Educational systems in CEE countries are improving on their already strong focus on fundamental engineering education, one of the most important factors contributing to the preparation of qualified specialists in the industry.

Other features that make the CEE very attractive for outsourcing include such incentives as simplified tax structures, visa-free entry into the Ukraine and construction of high-tech parks in Belarus, Ukraine and Romania.

The acceleration of economic development, further growth of IT outsourcing services market volume, implementation of quality management systems within companies, government incentives and programmes intended for the support of the industry and preparation of IT specialist will positively affect the IT outsourcing industry development in the CEE region.

Central and Eastern Europe have great potential to become perfect nearshore destinations for UK and Western European businesses and offshoring destinations for large North American companies, primarily because of higher quality of delivered products and services and a better understanding of business needs compared to traditional outsourcing centres.