IT Outsourcing Industry Continues to Grow 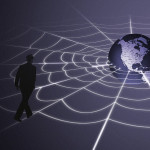 The number of global IT outsourcing deals agreed in the fourth quarter of 2011 grew by three per cent on same period the previous year.

According to the latest fourth quarter Global Sourcing Market Data and Insights report, some $95 billion (approx £60.95 billion) was spent on outsourcing IT operations making it the highest level since 2005. The 870 deals agreed also makes it the busiest period on record.

Outsourcing spend in the Europe, Middle East and Africa zone (EMEA) zone grew sharpest of all, accounting for $55.30 billion (£35.48 billion) of the entire world market and rising by 27 per cent compared to the same three month period in late 2010.

“For the first time, significant outsourcing activity in EMEA was not limited to the established markets of the United Kingdom, Germany and Scandinavia, with momentum seen in France, Southern Europe and the Middle East,” the report stated.

Vineet Nayar, vice chairman of HCL Technologies, said that there are roughly $47 billion (£30 billion) worth of IT outsourcing contracts up for renewal.

“If 30 per cent of this goes for churn, the market opportunity is at least $15 billion,”

While the majority of the money exchanged in outsourcing business deals came from giant multi-national companies, small businesses have also seen the benefit of reconsidering the way in which they operate their IT services.

A recent survey conducted by Norton Rose found that 87 per cent of consumer companies and 86 per cent of suppliers believe outsourcing is an effective way of driving down unnecessary expenses.

The ‘Outsourcing in a Brave New World’ report also found that take-up of cloud-based platforms is gradually increasing but some firms simply cannot get to grips with the range of options available to them.