IT Outsourcing Investment Increased in 2011 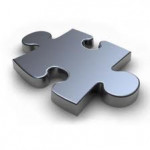 More investment has been spent on IT outsourcing in the first nine months of this year than for the whole of 2010, a study shows.

Spending on IT outsourcing among the retail, manufacturing, telecoms and media sectors in Europe, the Middle East and Africa has all soared as businesses aim to get a “low-risk route to superior technology”.

This is according to Martyn Hart, chairman at the National Outsourcing Association, who told ComputerWeekly.com that retailers are “seeking competitive advantage by adopting high-tech IT solutions and infrastructure upgrades”.

The report by TPI did show, however, that while a third of total IT spending was by the financial services sector, it has reduced its investment on outsourced IT by around half of last year’s spend in these services.

People in IT jobs in the retail sector have witnessed a considerable increase in IT outsourcing, however. So far this year, the sector has invested €1.4 billion (£1.2 billion) in outsourcing, compared to €2.8 billion for the whole of 2010, the news provider reported.