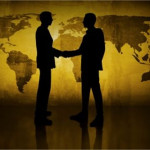 IT outsourcing experts tell CIO.com what to expect in the year ahead. And if they’re right, this could be the year customers — and a few robots — take greater control of the IT outsourcing space.

CIO — This year, the IT services industry saw customers doing more of their own IT services deals, testing the service integration model, and continuing to struggle with outsourcing transitions. CIO.com again asked outsourcing observers to tell us what they think is in the cards for the year ahead. And if they’re right, 2013 could be the year customers–and a few robots–take greater control of the IT outsourcing space.

1. The Rise of the Machines

Say hello to the latest IT services professional: the robot. “2014 will see significant growth in the development and implementation of robot-like technologies that will automate many tasks currently performed by full-time employees in [outsourcing] deals,” says Shawn C. Helms, partner in the outsourcing and technology transactions practices at K&L Gates. “Given the rise of robots replacing people in manufacturing and logistics, it is not a stretch to predict that robots will move up the intellectual value chain as artificial intelligence continues to develop.”

“The rise of smart machines will have a radical effect on the IT and outsourcing environments,” says Jonathan Crane, chief commercial officer for IPsoft. “What is still unclear is what either of these industries will look like in the end. Will these tumultuous changes have a lasting effect? Could this be the beginning of the end of the labor arbitrage era?”

[ 10 Careers Robots Are Taking From You ]

At the very least, expect an increase in automation generally. “With the cost benefits of labor arbitrage being largely harvested and labor costs inevitably on the rise, CIOs will need to look for alternative opportunities to reduce or contain operating costs,” says Joe Nash, principal in Pillsbury’s global sourcing group. “That means looking for ways through automation to reduce the amount of work it takes to complete an IT function or service, not the cost of the labor to do it.”

“In 2014, offshoring to a supplier will not be the default,” says Atul Vasithsha, chairman of outsourcing consultancy NeoGroup. Rather, a hybrid model, combining insourced and outsourced offshore services, will gain attention as an alternative.

“Companies are starting to invest more in global business services models, [which combine] the best of shared services and outsourcing under a common governance model. This is seeing processes being offshored in captives by industries that have traditionally been reluctant, such as media and entertainment,” says Vasithsha.

Indeed, this year will see a mix of outsourcing models overall. “Most companies need to get the right combination of best talent and most-cost-effective IT services,” says Scott Staples, president of Americas at IT service provider Mindtree. “The best sourcing strategies treat outsourcing and insourcing as complementary not competitive, and leverage onsite, onshore, offshore and nearshore options all in the same model.”

3. An Increase in Insourcing

“Of the IT services historically outsourced, 20 to 30 percent will be brought back in-house as buyers are more comfortable to create retained organizations that not only govern the services, but start to move more into operational control of the services,” says Stan Lepeak, global research director for KPMG Advisory. Companies will rely on IT service management frameworks like version three of the Information Technology Infrastructure Library to manage the increased insourcing.

But expect the industry press to make a bigger deal about such backsourcing than it deserves, says Wagner of Alsbridge.

IT leaders have given third parties a shot managing their multi-sourced environments in recent years. In 2014, they’ll take on service integration themselves. “Following a period of experimentation with various outsourced models, client organizations will increasingly focus on service integration as an integral core competency and take key functions back in-house,” says Lois Coatney, director with outsourcing consultancy Information Services Group (ISG).

“In outsourced models, clients have found they lose visibility and direct control of service management effectiveness, and that they become too remote and unable to fill their fiduciary responsibility. Clients are recognizing that a solid internal service integration capability provides better flexibility and knowledge of the business required to onboard new and specialty service providers,” says Coatney.

5. The Cloud Gets Grounded

There’s little doubt that cloud computing is here to stay, but businesses have struggled to managed such IT services effectively. “In 2014, we expect clients and service providers to further define their strategic objectives for cloud services, applying consistent metrics to quantify their return on investment and navigate a rapidly evolving contracting environment,” says Scott Feuless, principal consultant with ISG. “One key will be progress towards normalized measurement frameworks that enable meaningful comparisons of alternative solutions.”

Ultimately, companies will be able to perform apples-to-apples comparisons of different cloud options, as well as comparisons of cloud vs. traditional solutions. “The result will be significant progress in reaping the benefits of cloud services, as buyers avoid the mistakes of early adopters,” Fueless says. “Service providers will adjust their offerings to meet the needs of a more cautious and educated market.”

Why can’t they all just get along? This year, they’ll be legally required to. “As organizations continue to implement a multi-sourcing, best-of-breed strategy customers need to find a way to force competitive service providers to work together to achieve common goals,” says Helms of K&L Gates. In 2013, some outsourcing customers implemented outsourcing “cooperation agreements” that contractually obligated service providers to cooperate at an operational level. “I predict that 2014 will see an increased use of outsourcing cooperation agreements,” Helms says.

This year, an increasing number of experienced IT outsourcing customers decided to forego the pricey third party consultants and set up their IT services deals on their own. Look for outsourcing consultants to adjust their approach in the year ahead. “In 2014, we’ll start to see more consultants offer light-touch services for clients, often on annuity subscriptions, to service clients wanting ongoing relationships with less intense financial commitments,” says Phil Fersht, CEO of outsourcing analyst firm HfS Research.

India Inc. made its reputation on application development and business process outsourcing. This year, they’ll increase focus on infrastructure deals. “It would have been unheard of 10 years ago for an India-based provider to beat out an IBM, EDS, or CSC in an IT infrastructure deal in the United States or Europe,” says Helms of K&L Gates. “I predict that 2014 will be the year where Indian-heritage providers become the biggest competitive threat for traditional U.S.-based infrastructure powerhouse providers.”

Fersht of HfS Research forecasts a good year overall for Indian providers. “Many clients prefer the flexibility, work ethic, innovation, and cost-friendliness of many of the Indian IT services firms to the stagnating services of many of the Western incumbents, many of which will continue to lose market share in 2014,” he says. “We expect this trend to continue apace in 2014.”

Multi-sourcing continues to be the name of the game. “Prior mega-deals will continue to be disaggregated and resourced in smaller pieces,” says Wagner of Alsbridge. At the same time, however, many smaller deals will be rolled up into midsize deals as customers seek more leverage with their vendors, Wagner says.

“With increased adoption of global business services and the growing complexity and diversity of vendor portfolios, the governance function will become an even more critical capability that enables organizations to manage performance, risk and compliance,” says KPMG’s Lepeak. “However, most organizations will face challenges in recruiting and hiring skilled resources due to a talent shortage in the governance arena.”