How Have IT Salaries in Ukraine Changed in 2014? 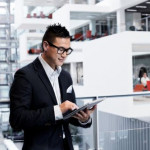 One of the main reasons why European businesses outsource development to Ukraine is the competitive Ukraine programmers’ wages.

High enough in Ukrainian terms to attract talented and skilled software engineers, they are still low enough for Western Europe, allowing both parties to benefit from an outsourcing relationship.

Java Developers – Junior programmers specializing in Java haven’t seen any changes in their average salary for over a year now: since May 2013 and throughout the following year, they have been making $800 per month.

C#/.NET Engineers – Things remain stable for C# and .NET experts. Regardless of their seniority level, they make the same amount of money they did in December 2013: $700 per month for Juniors, $1700 for Middles, and $2900 for Senior developers.

C++ Programmers – In this field of coding expertise, you will observe all kinds of trends.

While nothing changed for Senior developers and they still get their $3000 per month, Juniors are now making slightly less ($930 compared to $970 in December 2013), and the wages of Middle developers have somewhat increased ($1800 compared to $1600 at the end of last year).

Objective-C Coders – Pretty much like C++ developers, Objective-C coders have seen various salary trends, depending on their seniority level. Juniors’ wages have dropped from $800 in December 2013 to $750 in May 2014, Middles are enjoying an increase from $1600 to $1700, and Seniors are still making their stable $3000 per month.

PHP Developers – For PHP experts, things have more or less remained the same – except for Junior developers, who make $500 per month in May 2014, while they made $625 in December 2013.

Middle and Senior programmers didn’t see any changes in the average wages: they are still $1500 for Middles and $2500 for Seniors.

Python Developers – Senior Python programmers are now making less money: the average salary has dropped from $3200 to $3000 this year.

The wages for the other two seniority groups remain unchanged: Junior developers still make $800 per month and Middles – $1800 per month.

Juniors, on the contrary, are enjoying an increase from $600 to $800. Finally, Senior Ruby/Rails coders continue making an average of $3300 per month.

It is easy to see that there’s no universal trend in Ukrainian web development rates or software developer salaries.

Depending on the level of seniority and the field of expertise, wages may have slightly dropped or increased.

All in all, the changes in the average IT salaries in Ukraine are not too significant, which is good news both for the developers and the companies hiring them.