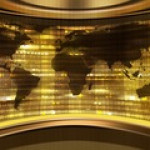 Pйter Ilosvai, managing director of IT Services, said that 31% of the 2,300 staff of the company speaks one and 69% of them speaks two or more foreign languages. Altogether, IT Services provides services for customers in 18 different languages.

Eurostat, the statistical office of the EU, revealed in a 2009 research that 75% of Hungarians do not speak any foreign languages, while two thirds of the EU citizens speak at least one foreign language.

Attila Suhajda, president of the Hungarian Outsourcing Association said that Hungarian companies spend only half the amount of the regional average on employee training  and mostly multinational companies offers a wide range of training opportunities for their employees