IT specialists go extinct in Russia? 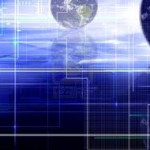 IT specialist profession may soon be put on the red list in Russia, a recent survey shows, adding that by the year 2015 the number of IT vacancies will shrink by a third.

The authors of the survey offer several reasons for that. First of all, this is a global trend to switch to outsourcing. Experts say by the end of 2015 the number of regularly employed IT specialists in major companies will be twice as less than today.

Ilya Sachkov of the Group-IB shared his thoughts with the VoR: “Focusing more on outsourcing is going naturally in Russia. We are following the way already passed by many Western and Asian companies. I`ve come across several Japanese companies, which in Russia have only 2-3 representatives, while all the rest work distantly. When IT experts work this way, as well as accountants do, this help save quite a lot of money and focus more on the company`s strategy”.

“The profession of an IT specialist as we know it now will be no longer in demand thanks to cloud computing, a new generation technology which is about delivering of computing as a service rather than a product, when shared resources, software and information are provided to computers and other devices as a utility via the Internet, – says Vladimir Korovin of the Advanced Technology Agency.- Imagine a user who has loads of files, including documents, pictures and video being stored on his PC. In a similar way, any organization also has lots of things to keep on its servers, their memory to small to endure this.

Cloud computing helps us keep our files on separate servers. Here we should also mention the use of robots.Thus, Taiwan`s Foxconn already has robots working on some of its plants. Meanwhile, their functions are very simple but this is only the beginning, with robots quite soon be able to perform intellectual tasks.”

Ilya Sachkov argues: “IT specialists will never go extinct. Such people will always be in demand, most of them simply focusing on cloud computing or outsourcing”.

The international IDS research company predicts that by 2015 the cloud computing market will soar by three times to earn $73 billion, with the leading companies to be located in the US, Asia and India, continents already giving home to 20% of the world`s top IT corporations offering cloud computing services. By that time, Russia is supposed to earn 3-5% of entire profit obtained from cloud computing.

So, all IT experts who think of quitting their jobs, should better focus on upgrading their skills and joining the team of cloud computing specialists.