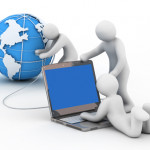 Firms are to up their spend on IT in 2012, despite the vagaries of the economic downturn, as they look to outsource IT and employ managed services.

Research by Gartner found worldwide IT spending is to grow 3.7 per cent this year, totalling $3.8 trillion (£2.4 trillion).

The analyst has revised down its forecasts for the coming 12 months, but still expects spending rises in key IT areas, including for computing hardware, enterprise software, IT services and telecommunications equipment.

However, growth will be slower than previously thought, Gartner said, impacted by the ongoing crisis in the eurozone and a hard-disk drive shortage.

“Faltering global economic growth, the eurozone crisis and the impact of Thailand’s floods on hard-disk drive production have all taken their toll on the outlook for IT spending,” said Richard Gordon, research vice president at Gartner.

Telecom equipment spending is projected to show the strongest growth, with revenue increasing 6.9 per cent in 2012, followed by the enterprise software market, which will grow 6.4 per cent.