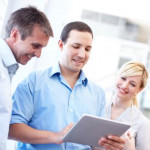 A trio of students from Saint-Petersburg National Research University of IT, Mechanics and Optics have emerged as World Champions of the 39th Annual ACM International Collegiate Programming Contest (ICPC) World Finals sponsored by IBM.

The contest was held Under the High Patronage of His Majesty King Mohammed VI of Morocco and hosted by Mohammed V University, Al Akhawayn University, Mundiapolis University, and The Moroccan ACM.

Headquartered at Baylor University and known as the “Battle of the Brains,” the world’s oldest and most prestigious programming competition challenged 128 university teams, each comprised of three students, to solve a series of complex real-world problems in just five hours.

Demonstrating the elite talent of its team members, St. Petersburg National Research University of IT, Mechanics and Optics successfully solved all 13 problems to earn the victory. The World Champions return home with “The World’s Smartest Trophy.”

“The ACM-ICPC is a wonderful opportunity for students from around the world to convene, collaborate, and exchange different views and experiences,”

“I am excited to see what these students will do with the mastery they’ve gained from this contest and from each other as they continue their academic and professional pursuits as ACM members.”

“IBM values this opportunity to assemble the brightest students from the world’s leading universities and expose them to the latest technological innovations,”

“These students are the future leaders of our industry and we are committed to fostering their development as they prepare to enter the global workforce.”

The 128 World Finalists emerged from local and regional ICPC competitions this past fall. Initially, selection took place from a field of more than 300,000 students in computing disciplines worldwide. A record number of students advanced to the regional level, as 38,160 contestants from 2,534 universities in 101 countries on six continents competed at more than 450 sites, all with the goal of earning one of the coveted invitations to Morocco.