Itransition Mentioned on Inc. 5000 among the Most Successful Companies of the USA 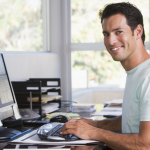 Itransition – a leading full-cycle software development company – announced being recognized one of the fastest growing and most successful private companies of the USA, according to the research held by Inc. in 2015.

Since 1982, the Inc. magazine ranks privately held companies of all industries by overall revenue growth over a 3-year period, profiling them individually on the official web site. The 2015 Inc. 5000 list is compiled by measuring the applicants’ percentage revenue growth when comparing 2011 to 2014.

Having driven 183% revenue growth during the three-year period since 2011, Itransition was included in the first half of the list, as the 2145th fastest growing company of the nation.

The company’s revenue increase is conditioned by the notable advancement of Itransition’s IT services, market presence and global recognition during the three-year period.

In 2014 the company scored best in the Customer Reference and Company Certification categories and headed the list of the rising stars of the 2014 Global Outsourcing List, as well as was named among the world’s top java developers list by Clutch.co and more.

The complete 2015 Inc. 5000 ranking is featured on the official web site and will be unveiled on the 2015 Inc. 5000 Conference and Awards Ceremony occasioned with the 33rd anniversary of the Inc’s ranking.

Today, the ranking is a hallmark of entrepreneurial success, providing business decision-makers with a deeper, richer understanding of the entrepreneurial landscape and the most reliable companies to collaborate with.