Kiev looks for more IT Outsourcing 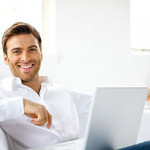 There’s a huge problem with offshoring a core element of a business, no matter what the size – you’re immediately subject to whatever happens to be going on in your operation’s new territory.

Everybody will be aware of what’s been happening in Ukraine; the country’s Embassy in the US is now moving to try to encourage investment back in, says a report in the Wall Street Journal.

The Embassy will begin a campaign next week with the catchline “Increase Profits. Support Democracy. Cloudsource to Ukraine.”

The country believes its outsourcing capacity will help business’ stability across the world as well as (obviously) the stability of Ukraine itself.

Every outsourcing deal with a foreign power is a risk, naturally, says the WSJ report. There can be local unrest that wasn’t apparent when an investment took place (which we translate as ‘it is essential to do your due diligence, every time and without fail’). There can be natural disasters; typhoons and earthquakes happen and not always in expected places.

For the moment the biggest risk in Ukraine is of course the Russian incursion into Crimea, which isn’t as straightforward as some would have you believe (essentially when the Soviet Union split up Russia pulled out of Ukraine but didn’t have the resources to withdraw its people, so there are indeed huge swathes of individuals who are Russian and may feel threatened by anti-Russian sentiment – not taking sides here, just pointing out that there are two). Putin is denying any further ambitions but he’s not universally believed.

What’s really striking, though, about the slogan – and before the formal launch we don’t know much more – is the politically-loaded nature of it. “Support democracy” is in there – in other words by investing in Ukraine you’re effectively making a political statement.

Cultures and philosophies vary widely, and in the UK the nearest we have to a threat to our nationhood is the possibility of an independent Scotland in October (and we’re asking them politely about that rather than imposing it). But if we were advising someone on attracting investment from the West, we’d be urging them to keep politics out of it and ensure the perception of neutrality.

There are organisations that will take a look at the idea that they’re supporting one side or the other in a struggle like this and run a mile rather than allow themselves to imply an opinion.