Korea Will Enhance Cooperation in IT with Russia and CIS 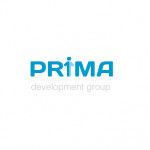 IT companies from South Korea, Russia  and CIS had an incredible opportunity to meet face-to-face and discuss prospective partnership at the IV Korea-Russia Business Dialogue on October 13th, 2011 in the capital of Russia, Moscow. The event was organized by Embassy of the Republic of Korea in Russian Federation, Ministry of Knowledge Economy of Russia, and promoted by several core organizations from both Russia and Korea, including Korea trade-investment Promotion Agency(KOTRA), RUSSOFT, National IT Industry Promotion Agency and others.

The first part of the event’s program was dedicated to reports on such topics as “Korea-Russia Economic Cooperation and Development Strategies”, “Future of the Russian software development and opportunities of the cooperation with Korean partners”, “Korea’s IT Policies and Korea-Russia Cooperation”.

Thereafter participating companies proceded to one-one meetings where they could introduce their businesses to each other, exchange contacts and discuss ways to cooperate. The list of Korean participants of the business meetings consisted of 12 companies. However, due to a large amount of Russian/CIS companies willing to meet potential Korean partners, the schedule was very crowded and business meetings lasted till the evening. At the event Ukraine was represented by PRIMA Development Group (http://www.pdgroup.co) that showcased its Ukrainian Development Centre.