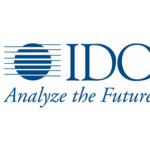 “Kosovar economy displayed resilience in a tough international environment, largely due to the country’s limited integration with the global economy,” says Boris Zitnik, managing director, IDC Adriatics. “Increased demands for IT consumption were related to GDP growth, foreign funding of IT projects, and the Electronic Governance Strategy. IT investments rose in 2011 in all the largest verticals, including government, telecommunications and banking.”

Sales of all technologies except mobile phones and hardcopy peripherals increased in 2011 compared to 2010, with IT services growing the fastest. PCs recorded below-market-average growth, but dynamics varied by form factor: While desktop PC sales decreased, notebook sales surged, and tablet shipments skyrocketed, albeit from a low base. Networking equipment sales rose at the overall IT market average.

“Kosovo’s government introduced a set of laws aimed at strengthening the business environment and increasing competitiveness, such as unification of the business registries, modernization of the land registry and cadastre, and other initiatives that entail significant IT investments,” says Zitnik. “However, extreme unemployment, corruption, weak rule of law, and a sizable gray market continue to impede the general economy, including the IT market.”

International Data Corporation (IDC) is the premier global provider of market intelligence, advisory services, and events for the information technology, telecommunications, and consumer technology markets. IDC helps IT professionals, business executives, and the investment community to make fact-based decisions on technology purchases and business strategy. More than 1,000 IDC analysts provide global, regional, and local expertise on technology and industry opportunities and trends in over 110 countries worldwide. For more than 47 years, IDC has provided strategic insights to help our clients achieve their key business objectives. IDC is a subsidiary of IDG, the world’s leading technology media, research, and events company.

IDC CEMA
To cover Central and Eastern Europe, the Middle East, and Africa, IDC employs over 140 analysts in a coordinated network of offices in 20 countries, with regional research centers in Prague, Moscow, Dubai, and Istanbul. Customers include a wide range of ICT hardware, software, and services suppliers, governments, and members of the financial community.

IDC Adriatics
Headquartered in Zagreb with offices in Ljubljana and Belgrade and with contracted research analysts in Sarajevo, Skopje, and Tirana, IDC Adriatics tracks, analyzes, and forecasts the IT market and industry in Croatia, Slovenia, Serbia, Bosnia and Herzegovina, Macedonia, Montenegro, Albania, and Kosovo.