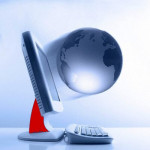 The IT market in Kosovo contracted 12.4% year on year in U.S. dollar terms to $86.84 million in 2009 after two years of strong growth. Measured in euro, which serves as the local currency, the market was down 7.8%, according to a recently published annual study from IT market research company IDC.

“The contraction was mainly due to a high base year in 2008 that was not matched last year despite surging demand from the public sector,” says Boris Zitnik, managing director, IDC Adriatics. “IT spending in the financial sector and other business sectors remained steady, while household demand declined due to a slowdown of worker remittances from abroad and tightening credit conditions.”

The structure of IT spending in Kosovo in 2009 changed from the previous year. IT services and packaged software grew (up 5% and 2.5%, respectively), gaining share in the overall IT market at the expense of hardware segment that includes PCs, servers and hardcopy peripherals, which all declined. However, hardware spending continues to account for almost 70% of the total market, which indicates that Kosovo remains in the early stages of informatization.

“The decline in overall spending came as no surprise because 2008 was a strong base year that saw the completion of mobile operator iPKO’s investment cycle and dynamic PC and HCP deliveries. Surging demand from the government sector in 2009, including Eulex IT procurements, could not compensate for the drop-off,” says Mentor Shaqiri, IDC’s local representative in Kosovo.

IDC’s Kosovo IT Market 2010–2014 Forecast and 2009 Vendor Shares (IDC #ESQ07S) presents the IT market in Kosovo and forecasts total IT expenditure by technology through 2014. The study contains market size, vendor market shares, and growth projections for hardware, packaged software, and IT services provisioning. It analyzes market trends and provides valuable insight into the main drivers of individual market segments.