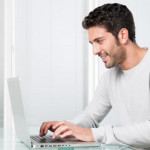 IT cluster resident Kribrum, a company that monitors user behavior on social networks, has received provisional approval on a 24 million ruble grant from the Skolkovo Foundation.

The money, matched by a further 23.3 million rubles raised privately, will be spent on an alpha version of software that monitors personnel risks by analyzing the language used on social media.

The co-investor in the project is parent company InfoWatch, the general director of whom is Natalya Kasperskaya.

“Kribrum is developing a system for social media monitoring – an analyzing tool that tracks the various ways companies are mentioned on social media,”

“The system has to be sophisticated because social networks, as a rule, aren’t configured for that kind of monitoring,”

“With certain social networks like Vkontakte, Odnoklassniki and Twitter, Kribrum has an agreement in place that simplifies the monitoring process,”

“Facebook is a very closed-off network, but even there, the system has special algorithms that help it gather information.”

Krirbum sifts through huge volumes of data to find the information required such as the frequency of mentions of a given brand – and even the tone in which it is mentioned. Services like these are very popular among PR and marketing agencies.

The new product that Kribrum is working on, however, will differ insofar as it will assess the perceived “danger level” from employees and from targeted attacks on companies and organizations carried out through social networks.

She recalled an example of a malicious attack on Sberbank, where a user spread panic through social networks by claiming, falsely, that its ATMs were out of cash.

“Simple tools won’t let you analyze these things – you need special instruments. … You need to create the corresponding technology, and the Skolkovo grant was required precisely for this,”

Skolkovo’s chief of IT security projects, Sergei Khodakov, noted that the risk presented by social networks to business operations is growing.

“Kribrum is developing technology that allows business to lower the reputational risks and the impact of information attacks on business,”

“Considering the relevance of this problem, we consider it very important to support new solutions in the field of IT security.”