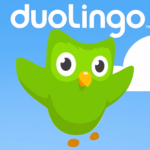 Duolingo online language learning platform has had 1.8 million Hungarian users by the end of 2016, three-times more than in the previous year. Also, more than 200,000 foreign students use it to learn Hungarian.

The free application with 150 million users has just started its new service, which allows family members, friends and acquaintances to create groups where they can learn new languages by helping and motivating each other.