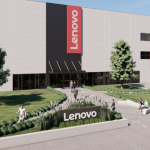 Chinese PC giant Lenovo this week opened the doors of its first in-house manufacturing facility in Europe, in the small Hungarian town of Üllő, just a few kilometres southeast of the capital Budapest.

Extending Lenovo’s international manufacturing operations, the investment represents significant economic potential for both the private and public sectors in Hungary, with increased production capacity, greater potential for collaboration with local vendors, and the creation of new job openings.

The site already employs over 1,000 full-time staff in a variety of engineering, management and operational roles, with numbers continuing to increase as the facility moves towards full capacity.

Lenovo’s investment has been supported with local government incentives through the Hungarian Investment Promotion Agency (HIPA), which cites strong infrastructure, skilled labour and a location at the centre of Europe as the “natural location” for Lenovo’s first European in-house manufacturing facility.

Competition for foreign investment is fierce among Central and Eastern European countries and the investment from Lenovo – reportedly 26.3 million US dollars – is being hailed by Hungary as a success.

“We are delighted that Lenovo, an industry leader with a long-established history in global manufacturing, has chosen to cooperate with us and locate its new facility in Hungary,” says Róbert Ésik, CEO of HIPA.

Covering almost 50,000 square metres across two buildings and three floors, the new site is one of Lenovo’s largest manufacturing facilities anywhere in the world. The production line can produce more than 1,000 servers and 4,000 workstations a day.

The Hungary facility is part of Lenovo’s global manufacturing and supply chain strategy that serves customers in 180 markets from more than 35 manufacturing sites around the world – including Argentina, Brazil, China, Germany, Hungary, India, Japan, Mexico and the US.

“Hungary’s well-connected location puts us much closer to our European customers so that we can fulfil and sustain their needs while remaining at the forefront of innovation.

“As our business continues to grow around the world, this incredible new facility will play a key role in our plans to ensure future success and bring smarter technology for all to Europe more sustainably, quickly and efficiently.”

According to Hungary’s foreign affairs and trade minister, Péter Szijjártó, FDI in Hungary totalled 5.3 billion euros in 2021, a record. Around 60 per cent came from countries in the Far East, led by South Korea.