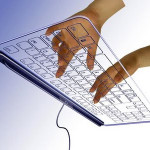 When planning to outsource all or part of an organization’s IT functions, it is important to perform active risk management throughout all stages of the outsourcing life cycle. Active risk management is a process of continually identifying and monitoring potential failure points in a plan, determining the probability of occurrence, estimating the impact of each failure, and then developing ways to lessen or avoid those risks (i.e. mitigation). The more unknowns your outsource provider faces, the greater the risk. Risk costs money, so the more risk that can be driven out of an IT outsourcing solution, the less a vendor will charge you and the greater the chance becomes for a successful outsource.

After choosing your outsourcing partner it’s time to establish the contractual framework that the relationship will function within. Your legal department and outsourcing consultant can (and should) draft a service agreement of exquisite detail but, to be blunt, there is simply no way to cover every aspect of this new relationship. There will be scores of issues small and large that will need to be addressed throughout the life of this relationship and the next best thing to having the answers pre-determined is to have good processes for handling those differences and changes. Too many times Alsbridge has seen service agreements that devote paragraphs to straightforward issues like building access but then treat change management and dispute resolution to one or two generic sentences like, “The parties will meet regularly to resolve any issue not covered within this agreement.”

When we encounter agreements written like this, we typically have some questions for the client, and as we work our way through the list, the silences invariably get longer and more thoughtful.

If there is a disagreement between the two parties, the time to figure out how to discuss and resolve it equitably is NOT in the midst of the disagreement. That’s why the rules for boxing matches are set in advance rather than discussed after one fighter has already tried to bite the other’s ear off. By making the process as defined and clinical as possible, it will remove tension from disagreements, especially when things must be escalated and your counterpart is angling for your ear.

The following are some questions to ask about how dispute resolution will function. You can use the answers to flesh out the process:

Another key aspect of dispute resolution falls completely outside the contract. There will be a million little things that fall outside of any outsourcing contract, so one of the best things the new partners can do is to pick engagement leads that have the ability to work well together and relate to each other. Contract managers will shudder when I say this, but “Off the record” give and take can be a terrific aid to getting things done and for building rapport and trust. For example, when an engagement manager allows a little more tech support hours over a weekend than the contract specifies, or the client allows the outsourcer to use some leftover room on an existing PO for an ad hoc small project rather than forcing a new one to be generated. Two engagement managers who both genuinely want the project to succeed will increase the chances of outsourcing success far more than executives with axes to grind or points to make.

Disagreements are never pleasant, but it’s important to recognize that they WILL happen. Having processes in place at the outset to handle the disputes in an efficient, consistent, and non-confrontational manner will shine light on finding a solution. Failing to do so will only generate heat from dealing with flaring emotions and blame. Think back to the famous “Dragnet” TV series and Sgt. Joe Friday’s standard reply to angry citizens – “Just the facts, please, just the facts.”