Massive Layoffs at HP Make for IT Outsourcing Identity Crisis 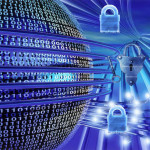 It’s been more than three years since HP acquired IT services provider EDS, and the long-term direction of its bigger—if not better—outsourcing business is no more clear than it was on the day the deal closed.

While HP’s purchase of EDS for $13.9 billion demonstrated an appetite for the IT outsourcing business, a series of subsequent leadership changes portended a shift away from services . And HP’s announcement that it will cut 8 percent of its workforce—27,000 IT professionals—by the end of 2014—up to 15,000 of them in the enterprise services division, according to a Bloomberg article—could corroborate that theory.

“[HP] has been on a downward trajectory since they picked up EDS. It increased their footprint, but what they got was a lot of unprofitable business and unhappy accounts,” says one outsourcing consultant who asked not to be named because of his employer’s relationship with HP. “They’re viewed as not nice to deal with by the rank and file of IT. Their reputation is that of yesterday’s player focused on infrastructure services rather than strategic partnership.”

Paul Pinto and Michael Engel, partners with outsourcing consultancy Sylvan Advisory, have been advising clients to take a wait-and-see approach to HP since the merger, and that’s not likely to change anytime soon.

“We felt the integration would be a struggle, and then the swings in leadership focus drove us to maintain our position,” says Pinto. “Clearly, we are not the only advisors that feel this way, as we have seen HP compete in relatively few new outsourcing opportunities.” A significant number of clients have chosen to walk away from HP at the end of their contract terms, adds Engel.

“The HP layoffs are really a symptom of larger problems with HP’s services business—namely HP’s focus on profitability at the expense of putting the client first and executing on a long-term growth strategy,” says David Rutchik, partner with outsourcing consultancy Pace Harmon. “We have seen HP self-selecting out of significant multi-year deals because they don’t meet HP’s immediate profitability hurdles. This puts HP at a competitive disadvantage now and in the long term.”

In its restructuring announcement, HP said it will be “accelerating service capabilities in the high client value areas of cloud, security and information analytics” and plans to “shift the portfolio to a more profitable mix of higher-growth services.” The company remained the second largest IT outsourcer in 2011 both in terms of annual revenue ($15.1 billion) and market share (6.1 percent). (IBM leads with 10.9 percent of the market). But its revenue growth from 2010 to 2011 was just 2 percent, compared to an average of 8.3 percent industry-wide, 7.8 percent for IBM, and 18.2 percent for Accenture, according to Gartner. Only zero-growth CSC did worse among the large outsourcing providers.

The reduction in force may be an attempt to align supply with demand. “HP is like a number of other tier-one providers that are realigning their service offerings to be more ‘cloud’-like, and is challenged with reconciling the balance between technology and people,” says Pinto.

HP is working with McKinsey & Company on its restructuring plan. “[McKinsey] has likely found that that the enterprise services organization is not in line with their expectations from a cost/profitability standpoint and is suggesting necessary changes,” says Brian Robinson, research director for business and IT services strategies at outsourcing advisory firm HfS Research. . But rationalizing its outsourcing business the way it has with its printer and PC division is a mistake, says Pace Harmon’s Rutchik: “Applying the same philosophy to services will hurt HP in the long term as it is the area with the greatest opportunity for margin-to-margin expansion.”

IBM and HP Take Different Tacks to the New Cloud. How IBM Sold Business Analytics by Relying Solely on Partners

IBM has undergone rounds of layoffs in its global services unit in recent years, according to its employee watchdog groups. Although Big Blue is tight-lipped about its staffing strategy, most industry watchers see the company increasing its hiring offshore. And IBM has made its case as strategic business partner clear to CIOs. Accenture, which also positions itself as strategist-provider, may have undertaken similar steps, though its public relations group keeps a tight lid on layoff talk. Turnover in the CEO role may have delayed HP’s examination into what the industry refers to as “rightsizing” their services staff at a time when, observers point out, most outsourcers are now growing.

The outsourcing industry has evolved in the years since HP bought EDS. The number of multi-tower, single-sourced deals have diminished, the number of providers offering contract and services flexibility has increased, and virtualization and cloud-based offerings have multiplied. “Given those trends, it is increasingly difficult for providers within the IT outsourcing space to offer differentiated services,” says Robinson. That could mean that some IT service providers, like HP, will simply need fewer bodies to stay in business, says Robinson.

But it could also mean real trouble for HP. “HP has been late to the game with respect to new service offerings that enable greater flexibility to buyers. Their competitors—both large and small—have been moving in this direction for some time,” Robinson says. “Some of the legacy EDS staff [are] less capable or willing to incorporate the necessary blend of services into their client offerings.”

Existing HP customers are most likely to feel the first effects of the mass exodus. “If HP has been over-delivering on service levels, you can expect them to reduce support staff to only achieve [standard] service levels,” says Mark Ruckman, an outsourcing consultant with Sanda Partners. “In staffing reductions of this size, whole departments will be cut and the remaining HP staff will be unsure where to turn for internal support. The confusion will last for a few months.” Service levels and project delivery could suffer. Longer term, customers must find out what kind of provider HP intends to be and whether that works for their sourcing needs.

Clients that are relatively satisfied with HP’s performance and price points may not be too worried, says Engel of Sylvan Advisory. “[But] if a client has entered into an onerous relationship where HP is enduring engagement-level profit margins that are deemed to be sub-standard—less than 30 percent gross profit—they would be well-advised to have plan B.”

For customers sourcing new IT work, it may not make as much of a difference as it should. They may rely more on the company’s size and history than current uncertainty. “Historically buyers don’t care as much about the financials and performance of their providers as we, the so-called experts, think they should,” says the outsourcing consultant. “They get caught up in the heat of their decisions and are so hyper-focused on their own deal terms and conditions that they’re not thinking about the state of their provider in five years. But it should be something they consider.”

There are a number of potential benefactors if HP stays on its current course. “HP has gotten to a point of actually avoiding the deals if, for example, they must compete for the business or there isn’t an architecture component to the transaction, even for existing customers,” says Pace Harmon’s Rutchik. “This level of over-indexing deals is causing HP to leave billions of dollars on the table, and Indian providers that previously didn’t play in infrastructure are now recognizing opportunities by aggressively pursuing HP’s castaway business and reaping their lost profitability.”

“In large cuts like this, HP is going to cut both under-performers and superstars,” says Ruckman of Sanda Partners. “If I was another sourcing firm or considering insourcing, I would be preparing to add some unemployed superstars to my staff.”