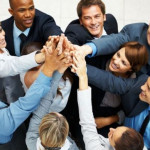 Microsoft and the Russian Academy of Sciences (RAS) have signed a cooperation agreement for the development of high-performance cloud-based computing services using Microsoft Azure technology.

According to CNews, Microsoft solutions will be used in the Academy’s Joint Supercomputer Center (JSCC) to accelerate the establishment of a platform for the research work carried out by the RAS.

Scientific modeling requires speed and new algorithms for the processing of large amounts of data, and the JSCC is equipped with high-precision processors that help to meet the challenges of predictive modeling. The RAS includes more than 1,000 users from scientific and educational organizations located throughout Russia, which conduct research in the fields of nanotechnology, IT systems, nuclear energy, aerospace systems and environmental management.

Supercomputers that are used to solve a wide range of problems, if they employ standard architecture, require large computing power at peak loads and demand more in terms of personnel, time and finances. Now, tasks that require significant computing power during peak periods and are unpredictable are made possible by the Azure cloud platform, noted Microsoft.

“We looked at both local and global cloud providers offering tools for solving problems that require large computing power at peak loads and a degree of unpredictability. In the end, Microsoft Azure was chosen because it offers support for a wide range of computing environments,”

“As a result, we have freed up supercomputer resources to address very specific scientific problems with a high degree of connectivity between computing nodes and, at the same time, are able to provide prompt service to the scientific community with virtually no restrictions on scale or resources, adding our mathematical expertise to the formulation of tasks in Azure.”

“We expect to be able to reduce loads at JSCC significantly,”

“This data is based on current use by our customers. In addition, there is a new testing ground for developing solutions to optimize the efficiency of supercomputing in terms of cost-performance ratio.”

“Azure will help us to offer more services to a wider range of customers from a number of industries using predictive modeling,”

This is not the first time the Russian Academy of Sciences has turned to Microsoft. In May 2011 the Siberian Branch of the Academy launched a corporate cloud based on Microsoft technology. Today, the Siberian cloud is used by more than 3,500 scientists.

By transferring infrastructure to the cloud and creating cloud services, the organization, who are members of the Siberian branch of the Russian Academy of Sciences, have access to tools and data that facilitate the execution of joint research work, accelerate information processing and make communication easier, said Microsoft.