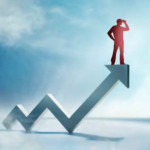 Don’t worry, Microsoft is in no danger of going away: what will go is thousands of jobs mostly in sales, mostly outside the US, mostly to benefit cloud growth.

Having failed in phones, leading to losses of billions of dollars and thousands of staff, the company seeks to refocus its efforts on cloud growth – specifically boosting its Azure offering.

It’s good to see Microsoft still has ways to make big money, especially after the raging ransomware scandal that has sullied Microsoft’s reputation of late.

“Microsoft is implementing changes to better serve our customers and partners.

Today, we are taking steps to notify some employees that their jobs are under consideration or that their positions will be eliminated. Like all companies, we evaluate our business on a regular basis. This can result in increased investment in some places and, from time-to-time, re-deployment in others.”

The Verge notes Microsoft’s server and cloud revenue was up 15% in the last quarter, alongside Azure revenue which was up by 93%.

Still, it seems too many sales cooks spoil the profit broth, and with Surface sales as reported in April 2017 falling 26% (as reported in Engadget) and quarterly Surface sales still pitiful compared to iPad sales, it’s only natural that Microsoft turns to focus where it actually makes the real money.