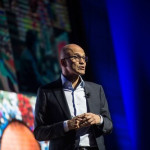 Index.hu writes that the CEO of Microsoft visited Budapest for the first time since he took up office, and the event, called Future Decoded, had a great impact on the audience, who listened to his half-an-hour-long presentation in the Congress Centre.

This is the first time Satya Nadella came to the Hungarian capital city since he was appointed the CEO of Microsoft in 2014.

Future Decoded was the title of the event, and it was held in the Budapest Congress Centre on March 30.

It was opened by Gabriella Bábel, enterprise leader at Microsoft, and called attention to digitalization, for according to the company, it is a matter of life and death, and we are on the verge of the fourth industrial revolution.

Then, László Mérő, psychologist and mathematician, talked about Artificial Intelligence, mentioning that intuition and innovation are still characteristics of humans, wherefore, people shall not be afraid of machines taking over their jobs, they might just modify the working areas of people and create new kinds of jobs.

Thus, Mérő added, we should concentrate on creativity and do things which are not worth living without.

Aside Microsoft, further attendees of the event included Bell, IVSZ, and representatives of Hungarian service providers, such as ELMŰ-ÉMÁSZ, FŐGÁZ, and the MKB Bank; while the moderator was Szilvia Krizsó.

She asked the participants about digitalization, and the current state of it: The companies agreed that there is place for improvement.

Following that, Satya Nadella’s showed the audience that the mission of Microsoft is to create a platform for improvement, and to make it possible for every people on Earth to achieve great things.

The centre of their vision is pretty much Azure, the cloud platform of Microsoft, which is notable, for Nadella used to lead the cloud sector, and Microsoft’s current success can be thanked to him realizing the importance of the clouds.

Furthermore, he highlighted that the essential of every technology is providing space for the human factor, that is why they intend to reform the labour-world.

Their goal is to make the working system mobile, team works dynamic, and the information easily accessible.

According to Nadella, the key to achieving all this is the cloud-based software of Microsoft, but he mentioned that purchasing LinkedIn also helps a lot.

The cloud would help everyone, even small companies, to access professional tools and, in order to make it possible, Microsoft provides infrastructure, raw computing power, and artificial intelligence thanks to their own AI, Cortana.

Thus, companies get the opportunity to create their own AIs with the help of sound- and image-recognizing algorithms and other AI solutions. 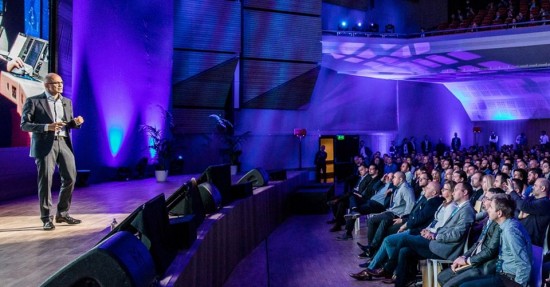 Nadella also mentioned that they are continuously looking for opportunities to invent computers of a new kind, wherefore, the future of Windows is Mixed Reality, that is, the combination of virtual and augmented realities.

Then the physical world would get so mingled with the displayed digital world that only the Hololens smart glasses could help the navigation.

Additionally, he said that the ultimate computer is the one which is immediately right in front of the eyes. No surprise then that Nadella suggested that the next big update of Windows 10, arriving in April this year, will be the Creators Update which leads the operation system to that particular path.