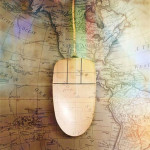 Microsoft and the Russian Academy of Sciences inked a long-term collaboration memorandum of understanding last week, pooling their efforts to develop the use of advanced IT tools in the academy’s research activities as well as joint education programs in Russia.

In particular, Microsoft will assist the academy in upgrading its IT infrastructure, including a prospective computer-based registry of the academy’s intellectual achievements, a data center, and a library, dubbed the “Russian Scientific Legacy.”

Joint projects will aim at bringing Microsoft technology to the Academy’s research activities, similar to the project that was launched a year ago and has enabled the academy’s Siberian branch to use its own MS-based corporate ‘cloud,’ which is now serving the needs of 3,500 scientists.

In addition to co-sponsoring conferences and workshops on topics of mutual interest, the software giant has undertaken to back contests in software engineering and information science hosted by the academy.

Microsoft is involved in several government led innovation programs. Last year the firm committed to backing education projects at Skolkovo, the state-sponsored innovation hub under construction near Moscow. Later in 2011, Skolkovo and Microsoft decided to provide matching funds to some of the hub’s residents.