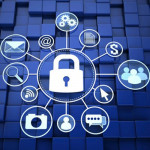 The latest quarterly data breach report from the Office of the Australian Information Commissioner (OAIC) has revealed over 10 million individuals had their information compromised in one single incident. The current population of Australia is around 25.4 million.

The breach was disclosed to the OAIC under the Notifiable Data Breaches (NDB) scheme between January 1, 2019, and March 31, 2019 and reported in its Quarterly Statistics Report [PDF].

While the report did not detail the origin of the breach that affected over 10 million individuals, it did show that the most number of affected individuals from a single finance-related breach was less than 500,000 and the health sector’s three heaviest impacting breaches affected less than 5,000 individuals each.

In total, the OAIC received 215 data breach notifications, down from the 262 reported in the October to December 2018 period. 62 breaches were reported in January, 67 in February, and 86 in March.

Of the 215, 131 — 61% — were attributed to malicious or criminal attacks, while human error accounted for 75 data breaches, and nine were labelled as system faults.

The personal information most affected during the quarter was contact information, with a total of 186 breaches affecting such data. 98 NDBs were related to financial information on individuals, while 55 contained identity information.

Of those flagged as breaches due to malicious or criminal attacks, 87 were labelled as “cyber incidents”, such as phishing, malware or ransomware, brute-force attacks, or compromised or stolen credentials.