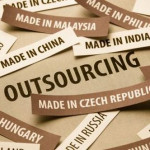 Miratech has been selected by the International Association of Outsourcing Professionals® (IAOP®) for inclusion in The 2014 Global Outsourcing 100® list. This is the second year that Miratech has been chosen as a top outsourcing service provider.Rankings will be unveiled in the Fortune 500 issue of FORTUNE® magazine later this year, in a special advertising feature produced by IAOP.

The 2014 Global Outsourcing 100 and the World’s Best Outsourcing Advisors lists and sub-lists recognize the world’s best outsourcing service providers and advisors. These rankings are based on applications received and evaluated by an independent judging panel organized by IAOP.

The 2014 panel is led by IAOP Chief Advisor, Thought Leadership, Jagdish Dalal, COP and President of JDalal Associates, LLC. Dalal says, “Given the strong competition, getting named to these lists is a great recognition and these companies should be proud of achieving excellence in the field.” Debi Hamill, IAOP CEO, adds, “The companies named on these lists and sub-lists have demonstrated their expertise following a rigorous, independently judged process and represent the top in the industry.”

The Global Outsourcing 100 list and its sub-lists are essential references for companies seeking new and expanded relationships with the best companies in the industry. The list includes companies from around the world that provide the full spectrum of outsourcing services, from IT and BPO to facility services, real estate and capital asset management, manufacturing, and logistics. IAOP Chairman Michael Corbett says, “With developing economies expected to see high growth and the global economy accelerating in 2014, choosing the right outsourcing partners will be more important than ever.”

Miratech CEO Valeriy Kutsyy comments, “The fact that Miratech has been named in The Global Outsourcing 100 list two years in a row reflects excellent team work on the part of our employees. We believe this honor indicates the high quality that Miratech provides to our customers, who consider us a trusted service provider, and who have rewarded us with the highest possible satisfaction ratings, and relationships that typically exceed 10 years.”

Miratech is an IT services and outsourcing company that contracts with large and midsize multinational organizations. Founded in 1989, Miratech has its headquarters in Stockholm and Washington, DC; and R&D centers in Poland and Ukraine. Miratech serves its customers in 560 cities and towns.

Miratech has been ranked highly in major industrial ratings, including the Global Services 100, by Global Services; the Software 500, by Software Magazine; The Global Outsourcing 100® and Best Five Companies in Eastern Europe, by IAOP®.