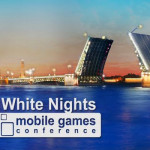 The Winter Nights: Mobile Games Conference (http://www.wnconf.com/) which will take place on 7-8 February 2014 in St. Petersburg, Russia will bring together the most professional game developers, the most famous publishers and service providers from all over the world – altogether about 800 attendees. Gurus of companies like King and Gameloft will speak for the first time in the Eastern Europe. The show will also feature industry veterans specially invited by Apple.

1) WN Mobile Games Awards is a prestigious award in six nominations for professional achievements at mobile gaming business. There will be two rounds of online voting. After the first round is completed, a shortlist of nominees will be made available to public. Nominee’s partners and clients will vote once again to select the winners. They will be announced on February, 7 at the awards ceremony. Read more on http://www.wnconf.com/awards

2) WN Mobile Games Competition is a competition for the best mobile game. The $15,000, $10,000 and $5,000 prizes will be awarded by an independent panel of judges to the developers with the first, second and third best game correspondingly. Games must be submitted before January 17th at http://www.wnconf.com/competition

3)  Game Elevator Pitch is a unique opportunity for game developers to present their games in front of all the publishers altogether. The pitch must be only three minutes long and selected developers will get a chance to do it. Read more about how to apply on http://www.wnconf.com/elevator

The conference includes THREE incredible, casual, networking parties: a badge pick-up pre-party, the main all night party with an awesome band after the first day and a mingle after the second day. Please mind that all sessions start at 2:30 p.m., so there will be lots of opportunities to informally speak to all industry leaders.

Early-bird registration is available for as little as $250, the prices will go up on January 17th. When registering a group of four or more people, you’ll get a discount of 15%.

About organizer: Nevosoft is a leading casual game publisher and developer in Russia and Eastern Europe. It delivers downloadable and online entertainment software for various platforms including iOS, Android, WP, Windows and Mac.