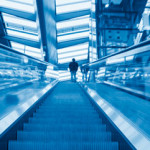 Mobile penetration in Russia is at record highs. Over 227 million active SIM cards were in use on Russian mobile networks at the end of 2011, with the mobile penetration rate reaching an unprecedented 156.8 percent. With a population of just over 143 million according to official estimates at the beginning of 2012, not only did nearly the entire Russian population use a mobile phone, but many people also used more than one SIM card.

Coming from a report by AC&M Consulting, a Russian consulting and research agency concentrating on the telecommunications and media industries, these figures represent the nearing of saturation levels among the country’s mobile users but open the door to an explosion in the number of opportunities to service the market.

According to the AC&M report, Russian operators sold upwards of 100 million SIM cards in 2011, yet their aggregate subscriber bases grew by barely 8 million. This growth was fuelled, almost entirely, by a growing number of mobile Internet users rather than telephony subscribers.

While this may spell trouble for mobile operators the domestic software industry, which supplies enterprise and individual applications servicing the more than 227 million mobile subscribers, is experiencing a boom of unprecedented proportion driving both innovation and competitiveness. And with sales figures for smart phones and tablets having already surpassed those of laptops and PCs, things are definitely looking good for the application development market.

According to an IDC report published at the end of last year, application downloads are expected to grow to more than 182 billion in 2015, up from 10.7 billion in 2010, and that mobile advertising spending is currently increasing at a rate of 20-30 percent annually.

As an example of the ways in which this demand is driving the transformation of the Russian software development industry, Russian search-engine Yandex declared late last year that it was partnering with Microsoft to become the default search engine on Windows Phones in Russia, according to reports in East-West Digital News.

Yandex is one of Russia’s leading search engines and advertising companies and, as well as being the default search engine for Windows Phones, the company also bought SPB Software, a Russian mobile software developer with locations in St. Petersburg, Thailand, and Taiwan for around $38 million, according to Tech Crunch. SPB Software opened for business in 1999 and develops apps, software, and games for Windows and Android platforms.

In the middle of May, Qualcomm, a US-based provider of international wireless technology and services focusing on chipsets for smartphones, announced that is was about to invest heavily in Russian tech companies, according to Qualcomm’s Senior VP Anastassia Lauterbach, speaking Russian business daily Kommersant.

The US-based company began examining the Russian startup scene earlier this year, but has yet to complete its first deal.

All this comes as welcome news for an industry that has just begun to emerge from three very difficult post-crisis years. IDC analysts have said the Russian IT sector achieved significant double-digit gains in 2011, reaching $30 billion—a CAGR of 25 percent—an enormous improvement on the 40 percent year-on-year deterioration in 2009.

According to a recently released report by analysts from J’son & Partners Consulting, the Russian mobile content market experienced a 26 percent year-on-year growth in revenue to U.S. $1.42 billion in 2010. They attributed the high growth rate to Russia’s relatively recent entry into content development. This was in relation to developed U.S., Japanese, Chinese, and South Korean mobile content markets, which grew by only 9 to 14 percent in 2010, according to the analysts.

Among success stories in the field of Russian app development according to East-West Digital News, Russia’s Zeptolab came up with a winner with its Cut the Rope game, one of the biggest international successes in mobile gaming to date. Originally created for Apple devices, the app was downloaded 1 million times within the first ten days of its release in October 2010, and won an Apple Design Award for the iPhone platform at the Apple Worldwide Developer Conference in June, 2011. In March of 2012, it was recognized at the 7th British Academy Video Games Awards in the hand-held game category.

Two other apps developed in Russia have also been seeing strong success internationally. Star Walk, developed by Vito Technology was developed as a useful educational tool geared towards amateur astronomers but has reached a wide international audience and was among the top 10 purchased iPad apps for 2010. It was also named one of the best apps in 2009 and 2010, received an Apple Design Award in 2010, and was featured in an iPad commercial.

Taping into the growing interest in the synergy between shopping and apps, Wizee is a free app developed for iPhone and Android that helps consumers navigate their way through shopping malls, providing a wide range of information on shops, products and discounts with mall maps and, soon, city maps. Downloaded more than 50,000 times since its release in May this year, it is used daily by approximately 3,000 users from Moscow, St. Petersburg and Novosibirsk. Originally developed with the support of angel investors from Sweden and Russia, the company is currently in negotiations with domestic and international venture funds for a more significant round of financing and an international version.