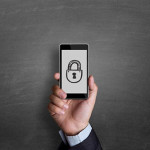 The C-suite, including the CEO, are most at risk from being hacked when working outside of the office, according to a new report from mobile connectivity provider iPass.

The findings, which appear in the company’s latest annual Mobile Security Report, show that of the 500 CIOs and senior IT decision makers surveyed, almost half (47%) were said to be ‘very concerned’ about mobile security threats, up from 36% in 2016. In total, 93% of organisations polled said they were either ‘very’ or ‘somewhat’ concerned with securing a growing mobile workforce.

The report also noted a long-running theme in iPass reports; public Wi-Fi is a potential disaster zone for mobile and data security. In a section titled ‘Beware of the coffee shop’, more than three quarters (78%) of respondents said such locales were among their most concerning locations for an attack, just ahead of airports (73%) and hotels (73%), with exhibition centres (41%) trailing.

With regard to specific attacks, man in the middle were cited as being of most concern, cited by 69% of organisations, while lack of encryption (63%), hotspot spoofing (58%) and unpatched operating systems (55%) also being of particular worry.

Yet the most concerning aspect of the report was around the C-suite.

“In the event of a data breach, ultimately the buck stops with the CEO,”

“However, ensuring cybersecurity is not only a C-suite responsibility; it appears businesses also consider their C-level employees as the primary targets of mobile security attacks.”

40% of respondents said C-level employees were at the highest risk of being hacked outside of the office.

“The grim reality is that C-level executives are by far at the greatest risk of being hacked outside of the office,”

“They are not your typical 9-5 office worker. They often work long hours, are rarely confined to the office, and have unrestricted access to the most sensitive company data imaginable.

“They represent a dangerous combination of being both highly valuable and highly available, therefore a prime target for any hacker.”

You can find out more about the report here (pdf).