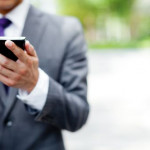 Orange Moldova launched a marketing campaign called ‘Suntem #1 datorita tie (We are #1 thanks to you)’.

In the ad of the campaign, the operator claims it is the best operator in the country.

According to the operator, its 2.5 million customers talked twice more on the phone than customers of other operators in 2014.

Also, 7 of 10 mobile internet users picked Orange to surf the web through its network which supports the highest 3G+ and 4G speeds offered on the market, the operator said.

It also claims it is first when it comes to paying taxes at the state budget and is the main investor on the telekom market in social projects related to health and education.

All the customers who left the operator but choose to return to its network by signing a postpaid agreement receive loyalty minutes and also get discounts on phones, tablets and accessories.

As part of the same campaign, the operator will hold a music show starring DJ Armin van Buuren on 31 May at Moldexpo.