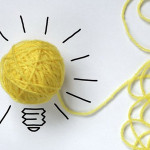 Moldova ranked the 46th in Global Innovation Ranking, which included 128 world countries. According to the State Agency on Intellectual Property (AGEPI), Moldova got 38.4 points of maximum 100 points.

Moldova is followed by Croatia and the neighboring Romania. Among post-Soviet countries, Estonia ranked the highest – on 24th place. It is followed by the Czech Republic – 27th.

The ranking is headed by Sweden, Great Britain, the USA and Finland and closed by Togo, Guinea and Yemen.

The AGEPI maintains that Moldova’s results are giving hope to economic development, based on technologies, innovations and creativity.

The ranking was elaborated within the research “Global Innovation Index 2016”, conducted by the World Intellectual Property Organization, French business school INSED and Cornell University in USA.