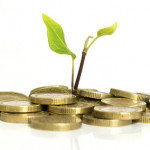 Moldova is prepared for more investments, both on behalf of the native and the foreign capital. There are all reasons to be confident in Moldova’s business prospects. Prime Minister Pavel Filip has made statements to this effect in an interview for the MOLDPRES Agency.

According to the prime minister, the economic results achieved by Moldova in the last year speak for themselves.

“We have economic growth of 3.5-4 per cent estimated for this year. According to data for the first half of the year, the investments have increased by 2.5 per cent; for the January-October period, we have an 18-per cent growth of the budgetary revenues. The tax system recorded incomes by 2.3 billion lei more in the last ten months, i. e. by 25 per cent more against the same period of the last year. As for the business environment, we have cut the number of authorizations, permits and licences by about 60 per cent and we reduced thrice the number of entities with control duties, from 58 to 8. We continued backing small entrepreneurs through programmes of the type PARE 1+1. PNAET, Credits Guaranteeing Account, Women in Business program. At the same time, we enhanced the attractiveness of the Free Economic Zones. The very good institutional relation with IMF allowed us restructuring the banking sector and strengthening the foundations of economic growth,”

The PM noted that investors may look also at the macro figures, at reforms adopted and the signals of trust conveyed by international partners. “All evaluations and the perspective are positive. Moldova is prepared for more investments, both on behalf of the native capital and the foreign one. There are all reasons for trusting our country’s business prospects,” the prime minister added.