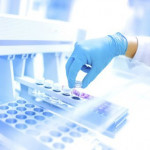 The technical, criminalistic and legal expertise centre at the General Police Inspectorate today presented a special working equipment donated by the European Union.

At the event, Interior Minister Alexandru Jizdan said that such endowments had been carried out at the territorial technical, criminalistic and legal expertise centres from north Moldova (Balti) and southern region (Cahul).

“Due to this high-tech apparatus, criminalists will be able to quicker establish the guilt of offenders or vice versa; yet, the most important fact is that these testings will have a maximal degree of accuracy, which is the foremost thing in a file. One important thing still remains to be done for criminalists and namely the equipment with a DNA laboratory, an initiative on which we already work at the ministry,”

For his part, Head of the European Union Delegation in Moldova Pirkka Tapiola said that this laboratory would lead the criminalistic investigations to a completely new level.

“A functional judicial system is not based only on honest judges and prosecutors, but also on the presumption of innocence of a person in a certain file. A person is guilty of what he/she is charged with, only if this fact has been proved. I have big hopes that this centre will cast light and find answers to all hidden questions,”

In the context, Prime Minister Pavel Filip said that this event gave answer to the question “which is the value of our cooperation with EU and how beneficial the Association Agreement and the Free Trade Agreement for Moldova are? The answer is quite visible – projects of this kind and not only. The endowment of the technical, criminalistic and legal expertise centre with EU’s support represents a great success for the national police, as well as for all residents. We must be aware that the reforms cost and need staff training, modern equipments and instruments. This is not possible without the support of the external development partners,” Filip noted.

The equipment’s cost amounts to 4.5 million dollars – provided by the European Union within the programme on reformation and modernization of the national police.

In 2016, the technical, criminalistic and legal expertise centre made the expertise of 5,897 samples, examined 31,674 documents, manuscripts and identified 295 persons following the considering of evidence.