World Bank to back Moldova’s IT sector 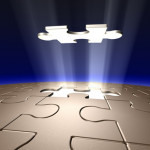 Prime Minister Vlad Filat today had a meeting with the manager of the World Bank Group’s Global Information and Communication Technologies Department, Philippe Dongier, the government’s communications and press relations department has said.

Phillipe Dongier, who is on his first visit to Moldova, was accompanied by a group of representatives of the World Bank. The meeting was also attended by State Minister Victor Bodiu.

The officials discussed assistance for the implementation of the E-Transformation project, promoted by the Moldovan government and supported by its development partners.

The premier said that this sector was a top priority for the Moldovan government. He noted that a string of events had taken place lately in the context of modernization of public services. Among the main achievements, Filat mentioned the creation of the E-Government centre and the signing of agreements with foreign partners that would contribute technical and methodological assistance.

“We are going to be firm in the implementation of the E-Government strategy,” Filat said. He stressed that the cabinet was aware of the need to have efficient government by using new technologies.

Filat pointed out the need to divide per stages further actions by putting together and carrying out a specific action plan, and by assessing the capacities of implementating these actions. In this respect, the assistance provided by the World Bank and other partners is very important for Moldova, he said.

“Moldova is advancing rapidly in the development of the IT sector. The World Bank and other partners are willing to mobilize in order to back your actions,” Dongier said.

Vlad Filat expressed confidence that this ambitious programme would be successfully carried out jointly with Moldova’s partners and friends.

“The experience of other countries in this field is very important for us. We also want to have our own model. I am very optimistic in this respect and I believe that together we can succeed,” Filat said.